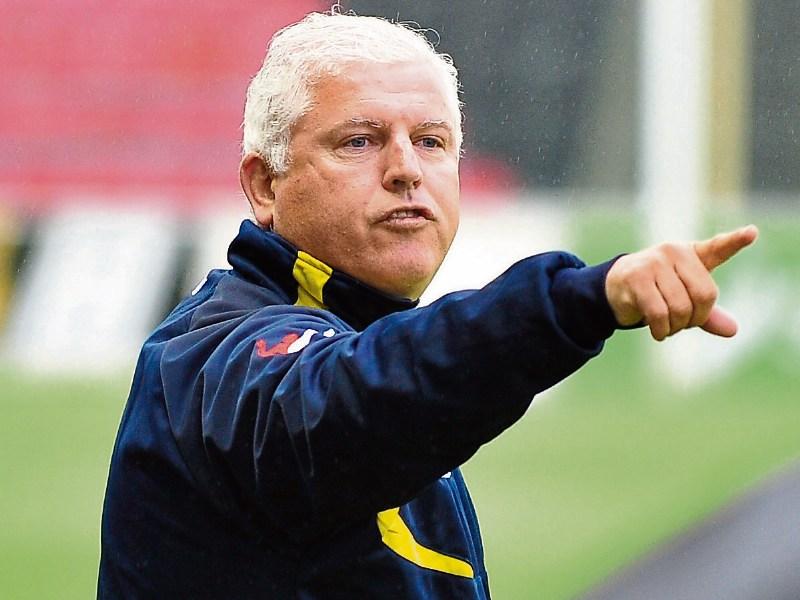 Needing a win to ease the pressure in the fierce battle to avoid automatic relegation, it was another tale of woe for Longford Town  manager Tony Cousins who resigned in the wake of the severe setback away to fellow strugglers Wexford Youths at Ferrycarrig Park on Friday night last.

Unless a remarkable recovery materialises, the Town are heading back down to the dreaded First Division and the most disappointing manner in which they failed to deliver in such a massive game suggests that the club are going to surrender their top flight status.

While there are still games to be played (nine in total), time has finally ran out for Tony Cousins (in charge since the 2010 season) in the frantic quest for Premier Division survival and the Town really hit rock bottom in the demoralising defeat against Wexford.

The gap was just five points going into this demotion battle and there was a firm belief among the loyal Longford supporters that a vital victory could be achieved at Ferrycarrig Park but it was not to be as last year’s First Division champions got a big boost in the bid to finish up in the play-off position at least.

A goal in each half from Jonny Bonner and Paul Murphy gave Wexford a deserved win over a poor Town side whose misery was complete before the final whistle when keeper Ryan Coulter was sent off for bringing down Murphy in the box. Yann Mvita Nkelu took over in goals but he was unable to stop Murphy’s penalty.

It was another dismal display from the Longford side who showed no fight throughout the game. One surprise in the starting 11 for Friday night’s fixture was the absence of Rhys Gorman who was dropped. Gorman has been one of the better performers for the Town in recent games.

WIth Don Cowan on the wing and David O’Sullivan and Eddie Dsane up front, the Town tried to take the game to their opponents right from the start.

After the 5-0 hammering they suffered against Sligo Rovers the previous week, Wexford applied the pressure from the off and the first opportunity in the game fell to Danny Furlong in the fourth minute but he was denied by a Coulter save.

Mark Hughes had a chance for the Town in the 13th minute but he didn’t trouble opposing keeper Graham Doyle.

In the 34th minute Gary Delaney headed wide and two minutes later the home side took the lead. Noel Haverty fouled Aidan Keenan and up stepped Jonny Bonner to curl the free-kick into the top corner of the net.

Wexford had a chance to double their lead soon after but defender Gary Delaney saw his header hit the crossbar. Then in first half stoppage time, the Town very nearly got back on level terms but Eddie Dsane blasted the ball over the bar.

Longford enjoyed some possession in the early stages of the second half but didn’t create anything of note.

Keeper Coulter came to the rescue when he pulled off a fine save to deny Wexford defender Stephen Last and Eddie Dsane then squandered a great chance for the Town when he was put through by Kevin O’Connor but he shot over the bar.

Coulter was again called into action in the 71st minute, this time saving from Bonner. In stoppage time Coulter pulled down Paul Murphy after a mistake from Yann Mvita Nkelu and the Town keeper was subsequently sent-off as Murphy stepped up to convert the penalty for Wexford’s second goal.

Following the defeat to Wexford, manager Cousins stepped down after seven seasons in charge.