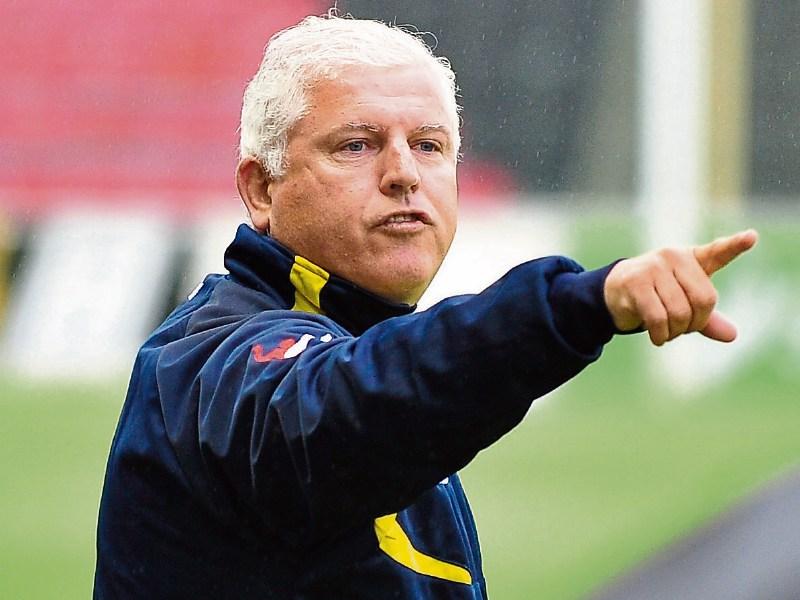 Needing a win to ease the pressure in the fierce battle to avoid automatic relegation, it was another tale of woe for manager Tony Cousins who resigned in the wake of the severe setback away to fellow strugglers Wexford Youths at Ferrycarrig Park on Friday night.

Unless a remarkable recovery materialises, the Town are heading back down to the dreaded First Division and the most disappointing manner in which they failed to deliver in such a massive game suggests that the club are going to surrender their top flight status.

While there are still games to be played (ten in total), time has finally ran out for Tony Cousins who has been in charge since the 2010 season but this year has turned out to be a disaster for him with just one win from 23 games in the Premier Division and that came in the opening league fixture away to Wexford Youths back at the beginning of March.

Longford Town have failed to win a league game at City Calling Stadium this season, a horrendous record, and things just went from bad to worse for Tony Cousins who was unable to halt the slide during this terrible campaign.

From the high of guiding Longford Town to the First Division title in 2014 and the subsequent promotion to the Premier Division, bringing about the fine achievement of finishing sixth in the top flight last season, Tony Cousins has had to endure a torrid time this year in a serious struggle to avoid the dreaded drop.

The following is a statement from Longford Town FC:

“Longford Town Football Club are sad to announce that Tony Cousins has resigned as team manager after seven seasons in charge at City Calling Stadium.

“As the longest serving manager in the league, Tony was a fantastic servant to the club culminating in the first ever winning of the First Division title and promotion back to the Premier Division of the SSE Airtricity League in 2014 and a sixth placed finish in the 2015 season.

“The club acknowledge Tony's efforts over this season and wish him well for the future.

“Gary Cronin (Assistant Manager) will take charge of the squad for the next league match against St Patrick's Athletic on Monday night at City Calling Stadium.”