Killoe and Slashers Senior Football Championship game to be replayed 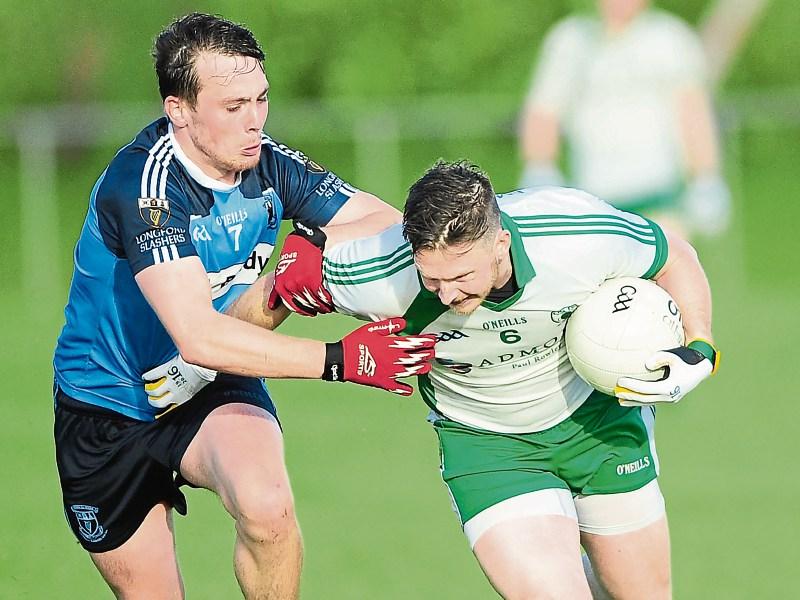 After Longford Slashers lodged an objection to the result of their controversial Senior Football Championship Group 1 clash against Emmet Og on Sunday evening last, on the basis that Killoe had 16 players on the pitch when they scored a point late in the game, the County Competitions Control Committee (CCCC) have decided that the second round game is to be replayed.

Ryan Moffett was brought on to replace Denis McGoldrick but the latter was still on the field of play when Sean McCormack scored a point in the 59th minute with Killoe going on to win the match by the minimum of margins (1-9 to 2-5) after withstanding a late comeback by Slashers.

The decision by the CCCC means that the final round fixtures in Group 1 involving Killoe Emmet Og (v St Mary’s Granard) and Longford Slashers (v Clonguish), which were scheduled for Saturday evening next, have been postponed and will probably be played on Saturday August 20th providing there are no further appeals.

The Emmet Og v Slashers replay is fixed for next Tuesday evening, August 16th (date, venue and time to be confirmed) and both sides are hit by injuries for this crucial game with key Killoe  men Michael Quinn (broken ankle) and Mark Hughes (broken wrist) on the long term casualty list.

Also injured is powerful Slashers midfielder Michael Brady, who did not feature against Emmet Og last weekend, while Andrew Dalton suffered concussion in that game at Lynch Park and looks set to be ruled out of the replay.

Plenty of problems so for the respective managers Eugene McCormack and Declan Rowley and the draw for the quarter-finals cannot be made until the Group 1 saga is eventually sorted out.