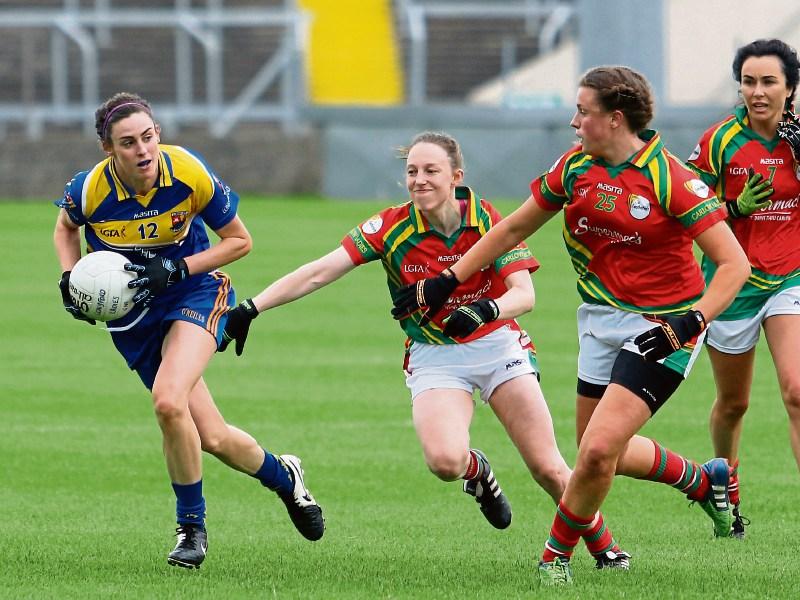 After producing a fine first half performance to lead by five points at the break, the Longford ladies done enough on the changeover in holding out for a great win away to Antrim in Belfast on Sunday last to reach the All-Ireland Junior Championship semi-final which is scheduled for September 4th.

Missing a few key players who are over in the United States for the summer, Longford were also hit by injuries but when they eventually get back to full strength the chances of getting to the title decider at Croke Park on Sunday September 25th would appear to be very good.

Dropping down from the Intermediate grade to Junior status this year could yield All-Ireland glory but manager Michael Bohan, a native of Leitrim, is taking one game at a time in this competition confined to six teams - Longford, Antrim, Derry, Carlow, London and Lancashire.

Longford took the lead in the opening minute against Antrim with a point from Orla Noonan and another score followed from Alice Magan in a bright start. While Bronagh Devlin got a goal for the home county, Longford refused to be rattled and ended up in a fairly comfortable 2-7 to 1-5 lead at the break.

The crucial goals came from Sarah Shannon (22nd minute) and Laura Burke (25th minute) with the latter also landing a point. The other Longford scores in the first half were registered by Orla Noonan, Alice Magan and Anne Marie Bratten.

Antrim came out strong in the second half to fire over four points in the space of ten minutes to close the gap to the minimum of margins (2-7 to 1-9) but the pressure was eased on Longford when Jacinta Brady shot over the bar before another score followed from Laura Burke.

Longford were awarded a penalty after Anne Marie Bratten was brought down in the square but the kick taken by Michelle McCormack went over the bar.

It was a  fierce battle from there until the final whistle as Antrim tried their best to rescue the situation but just  failed to prevent a Longford victory with the narrow margin of two points separating the sides in the finish.