Longford Town are beaten again in the relegation struggle 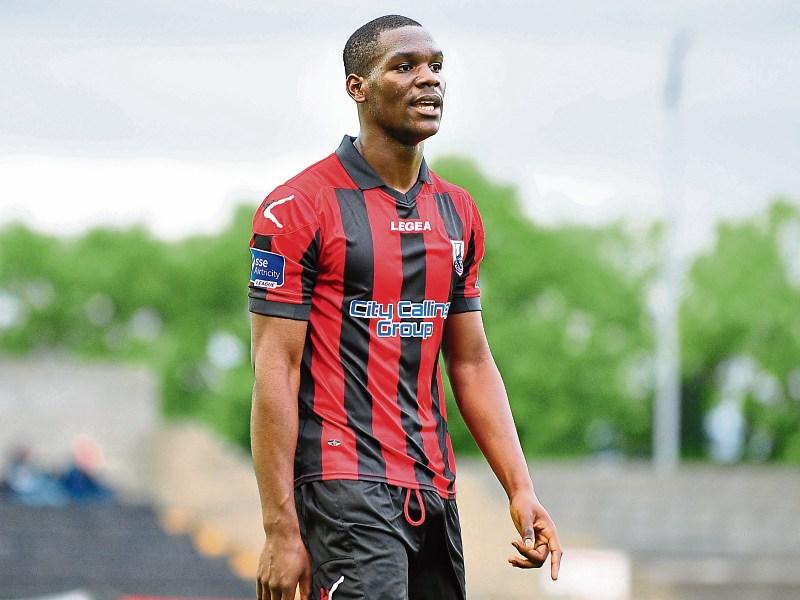 Longford Town crashed to another defeat in the fierce struggle to avoid relegation from the Airtricity League Premier Division when they  fell to Shamrock Rovers at Tallaght Stadium on Friday night last.

Goals in each half from Brandon Miele and Sean Heaney clinched all three points for Rovers as last in the table Longford still remain five points adrift of Wexford Youths who were hammered 5-0 at home to Sligo last weekend.

The stage is now set for a massive match between the bottom two at Ferrycarrig Park this Friday night and if the Town were to win it would give manager Tony Cousins and his players a major boost in the battle for survival in the top flight as the league enters the final phase of fixtures.

Brandon Miele gave Shamrock Rovers the lead in the 29th minute but David O’Sullivan put the  Town back on level terms three minutes from the break. Sean Heaney got the winning goal for Rovers in the 59th minute and they were able to consolidate that lead.

Town manager Tony Cousins decided to give David O’Sullivan his first start in five games while Philip Gannon replaced Kealan Dillon, who missed out through injury.

It was the home side that started brightly and had early chances with Sean Boyd bringing a save out of Town keeper Ryan Coulter in the 10th minute. Longford’s first chance came in the 14th minute but Kaleem Simon’s effort was deflected out for a corner by Rob Cornwall.

Two minutes later Rovers keeper Craig Hyland was forced into making a save from Peter McGlynn. The home side then got on top and created  two chances to score before Trevor Clarke had a shot blocked by Coulter in the 26th minute.

Soon after  Rovers broke the deadlock when Sean Heaney’s long ball found Miele and he made no mistake with a wonderful finish but the Town refused to be rattled and showed a lot of character to score the equaliser in the 42nd minute. Eddie Dsane made a great run and played the ball into David OSullivan who slotted his shot past Hyland into the back of the net.

The Town started the second half well and while Rovers regained the upper hand they failed to test Coulter. In the 59th minute Eddie Dsane had a shot blocked and it fell to Gannon whose effort was off target as Longford went in search of a second goal.

But moments later it was Shamrock Rovers who went back in front when goalscorer Miele turned provider. A corner from Trevor Clarke fell to Miele and his ball in was headed home by Sean Heaney.

In the 64th minute, the Town had an attempt to get back on level terms again but Dsane’s free-kick failed to trouble Rovers keeper Hyland.

In the 73rd minute Miele’s ball fell to Heaney again but he failed to keep it down and his effort went over the bar. Rovers were generally content to sit on their lead but they had a couple of other chances before the finish.

Dean Clarke burst into the box and then played the ball back to Miele who tried to do the spectacular but Town keeper Coulter was able to save. Three minutes from time, Gary Shaw thought he had scored against his former club but his effort was ruled out for offside.

Just before the end, Town substitute Lee Duffy had a chance to grab a dramatic late equaliser but his shot was gathered by Craig Hyland to ensure that Shamrock Rovers emerged victorious.