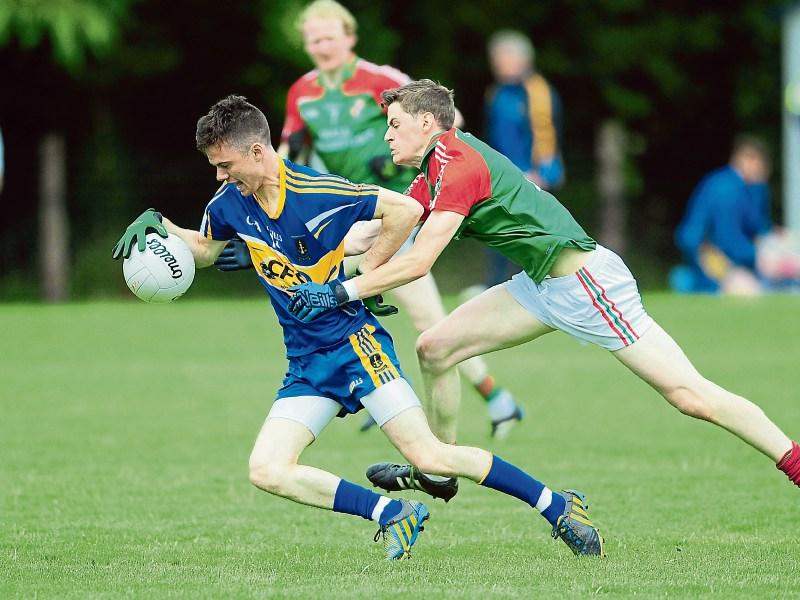 Written off as championship title contenders on the evidence of some poor performances in the league this season, Dromard are coming good when it matters most and this vastly experienced team cruised to a comfortable eight points win over neighbouring rivals Colmcille in the Group 2 first round clash.

Watched by a big attendance at the Higginstown grounds in Granard on Saturday evening last, Sean Hagan had his highly charged players in great shape for the opening fixture in the 2016 Connolly Cup and Dromard were in control from the moment Declan Mimnagh set up Ross McNerney for the first goal with just three minutes gone on the clock.

Another goal followed from Diarmuid Masterson in the 19th minute and sixty seconds later Declan Mimnagh shot to the net to really shatter a stunned Colmcille side who were playing very poorly indeed with the advantage of the wind.

When the always dangerous Declan Mimnagh landed a point soon after, Dromard were in a very commanding 3-4 to 0-2 lead and it could have been even worse for Colmcille as Cian Mimnagh missed a clear-cut chance of a goal in the early stages of the game.

The normal deadly accurate Barry McKeon shot a few wides and failed to make the usual major impact for his club, mainly due to a most effective tight marking job carried out by resolute Dromard defender Paul McGee who figured most prominently in dealing with the chief Colmcille threat.

Ciaran Brady’s side did succeed in closing the gap with four points in a row through midfielder Fergal Sheridan (2), wing back Vinny Hourican and Cathal Reilly (free) before the break and were denied a badly needed goal when Cathal McCabe’s close range strike was blocked down by the determined David Pettit in the 24th minute.

Dromard ended up leading by 3-4 to 0-6 at half-time with their other scores in the first half coming from Francis McGee (free), Jamsie Martin and Ross McNerney (free).

While Colmcille made a bright start to the second half with a point from Paul McKeon, a couple of excellent efforts from Cian Mimnagh (play) and Francis McGee (long range free) regained the upper hand for Dromard who put the issue beyond all doubt when the impressive Declan Mimnagh fired home a cracking goal in the 42nd minute.

Thus the handicap of losing midfielder Diarmuid Masterson, who was sent-off for a second yellow card offence in the 46th minute, did not matter much in the eventual outcome with Dromard having to settle for just two more points in the final quarter of the contest through Declan Mimnagh.

Colmcille, to their credit, battled it out to the bitter end in adding another five points to their tally, four of which came from frees converted by Cathal Reilly and Barry McKeon. Reilly was also on target from play and the chance of a late consolation goal was missed when Barry McKeon kicked a penalty wide in the 58th minute.

The pressure is now on Colmcille who face a must win game against Abbeylara at the same venue on Saturday evening next while Dromard can look forward with considerable confidence to their Round 2 clash against Mullinalaghta St Columba’s in a most intriguing double header at Higginstown.