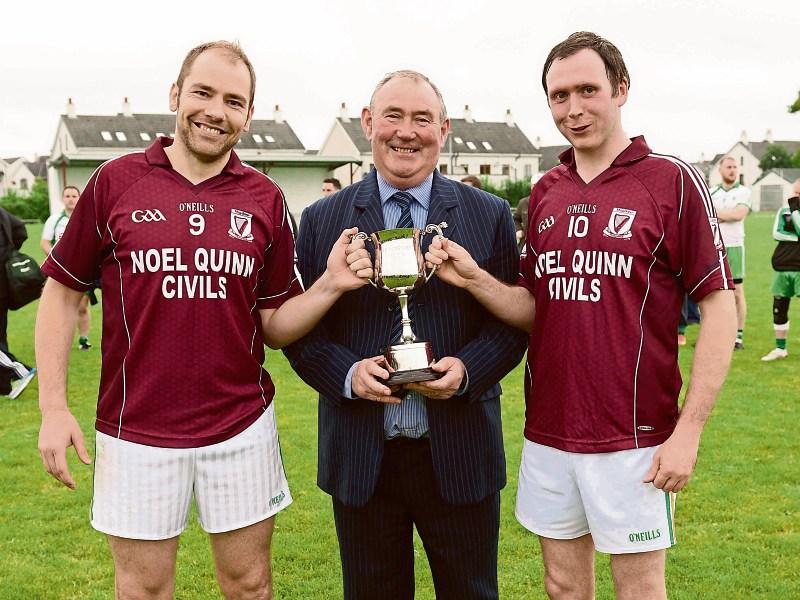 Three first half goals set Ardagh St Patrick’s/Moydow Harpers on their way to winning the Reserve Football League 3 title and their first piece of silverware as a newly amalgamated side.

Ardagh/Moydow were the better side throughout the final against Killoe at Devine Park on the Bank Holiday Monday evening and took their goal chances well when they materialised. They created several chances in the first half and should have went in at the break with a more commanding lead than seven points; 3-3 to 1-2.

The scoring didn’t end there as Ardagh/Moydow added three more goals to their most emphatic tally in the second half. Emmet Og tried hard to get back into the game but they could only cut the deficit down to five by the 38th minute. Killoe also hit a number of wides but they were second best  for most of the match against much sharper and more clinical opponents.

Ardagh/Moydow made a good start to the game with Tommy Farrell and David Farrell converting  early frees and they got their first goal in the 12th minute through Fergal Farrell. They had more chances to increase the advantage but squandered them.

Killoe  should have opened their account in the 17th minute but David Mimnagh’s shot went just wide. Three minutes later they got their first goal when Mimnagh set up Bernard O’Connor to find the back of the net.

But the Ardagh/Moydow response was excellent as they went down the other end of the field to score a second goal through Tommy Farrell and Philip Gillen then added a point to put them ahead by six with 22 minutes gone on the clock.

Emmet Og cut the gap to four by the 28th minute but right before half-time Philip Gillen got his side’s third goal to leave the amalgamation in a comfortable seven points lead at the break.

Three minutes into the second half things got even better for Ardagh/Moydow when they  scored a  fourth goal; a free out of the defence from Brian Farrell found Tommy Farrell and he laid the ball off to Fergal Farrell who in turn found Cathal Hilliard who made no mistake to hit the target.

Killoe cut the lead back to seven points following two frees from James Keogh and another goal from Bernard O’Connor. But Emmet Og then suffered a setback when they conceded a penalty, awarded after Dan Sullivan was taken down, and the resulting kick was finished to the net by Philip Gillen.

While Keogh (free) and Paddy Hughes hit over points for Killoe, they could not get the goals they badly needed and in the 52nd minute Ardagh/Moydow put the issue beyond all doubt when Tommy Farrell scored their sixth goal.

James Keogh fired over a late consolation point from a free and Emmet Og were well beaten by a superior Ardagh/Moydow outfit who were worthy winners of the league title.