Mostrim battle back to beat Carrickedmond in close contest 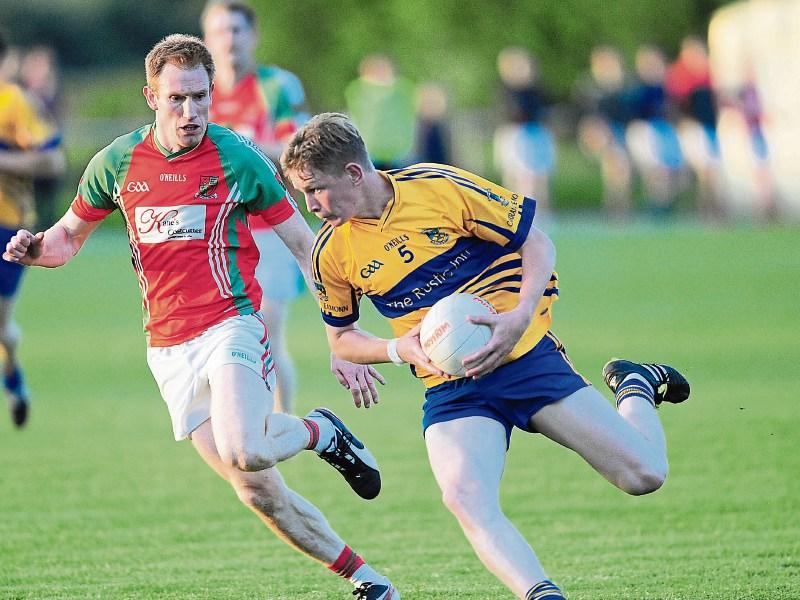 Mostrim had to come from behind twice to eventually get the better of Carrickedmond in the Senior Football Championship Group 3 clash at Keenan Park, Ardagh on Friday evening last.

It proved to be a tough task for the fancied Edgeworthstown outfit but manager Jack Lynn will be pleased that his side succeeded in making a winning start to their Connolly Cup campaign.

After defeating Rathcline in the opening round the previous week, Carrickedmond were the better team in the first half and went ahead in the 8th minute thanks to a goal from a Marty Mulvey penalty and held a two points lead at the break.

Mostrim gradually got back into the game to lead by the 37th minute, only for Carrickedmond to hit four points in a row to restore their two point advantage by the 50th minute. But unfortunately for Ger Carberry’s charges they failed to register another score as Mostrim produced a strong finish to fire over five points in a row to claim the vital win as Carrickedmond were punished for a few costly mistakes.

It was Mostrim that got the opening point of the game but after hitting a few wides Carrickedmond registered their first score in the 8th minute when Mostrim keeper Ciaran Garvey brought down Mark McDonnell in the square and Marty Mulvey duly dispatched the penalty to the net.

Mostrim were level in the 11th minute but a couple of points from Mulvey restored Carrickedmond’s two point advantage by the 14th minute. Once again, Edgeworthstown levelled matters but Carrickedmond were able to pull ahead again in the 19th minute with points from Mark McDonnell and Keith McGuire, the latter score after Sean Kelly’s powerful shot came off the crossbar.

A free from Cillian Lynn cut the gap to one point in the 23rd minute but McGuire hit over a free just before the break to leave Carrickedmond leading by 1-5 to 0-6.

After hitting two wides in a row Mostrim got their first point of the second half in the 35th minute through Shane Kiernan and a superb kick from the boot of Brian Farrell left them level two minutes later.

The momentum was with Mostrim and the game changed in their favour in the space of three minutes when Michael Hussey (free) and Gerard Smith were on target to put them ahead by two in the 43rd minute.

But Carrickedmond hit back with a Marty Mulvey (free) and an excellent Keith McGuire point and two more Mulvey frees edged them in front by two by the 50th minute.

Carrickedmond then faded in allowing Mostrim back into the game and a Michael Hussey (free) and a Brian Farrell ‘45 left the sides all square again by the 55th minute in a close encounter that could have gone either way.

A lovely point from Darragh Doherty put Mostrim ahead again in the 57th minute and this came after Carrickedmond lost possession. Another Carrick mistake saw Sean Monaghan put two between the sides in the 59th minute and a fine point from Michael Hussey brought the scoring to a close  in the 60th minute.

In stoppage time Mostrim defender Martin Coyle did very well to gather on the line from Jonathan Keegan’s attempt to score the equalising goal for Carrickedmond.