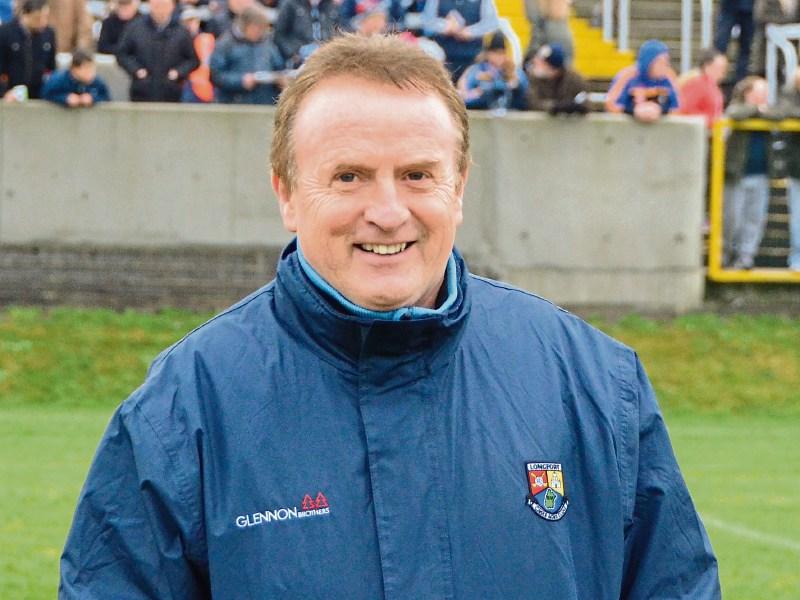 Longford manager Denis Connerton said that his side played as close to the perfect game on Saturday last as they produced the shock of the summer by defeating Monaghan in Round 2B of the All-Ireland Qualifiers in Clones.

For a thrilled Connerton the performance culminated in his best qualifier win as Longford senior supremo. “As regards to the qualifiers this definitely is the best because we are playing a top 5 team; the Ulster Champions, and beating them in their home pitch. To do that you strive to play the perfect game and we nearly did that on this occasion. As close to the perfect game as you could possibly play.”

Connerton believed the brilliant win was a reward for the effort the players have put in since the first day of training and he praised his players for their performance: “The honesty of effort is really what it’s all about in football and to get that from such young guys is marvellous. It’s a testament to the hard work that those lads have put in all year and have stuck at it, a well deserved reward for all concerned.”

Longford had a game plan right from the start and they stuck very much to it according to the Rathcline clubman. Making a good start was crucial: “The start of the game was absolutely crucial. We hit them with a goal early on and then one near the end which really was difficult for them. They were trying so hard to get scores and very unlike them they kicked uncharacteristic wides. We knew that if we could be in the game with 55 minutes gone then we were in with a real chance of winning.”

There is no time to reflect much on this memorable victory because Longford have to prepare for a Round 3B game v Cork on Saturday  and the Longford boss is fearful the Monaghan match may have taken a lot out of them: “What we need to do now is recover as quickly as possible as this very tough game will have tired us. That was a hard battle in Clones and it’s only two weeks before that since we played Down in a match that went to extra-time. It will take a fair bit out of the players but we have built up a lot of momentum in the process of knocking out two Division 1 sides in the qualifiers.”