A Blue Blue Day as Dubs roll into town 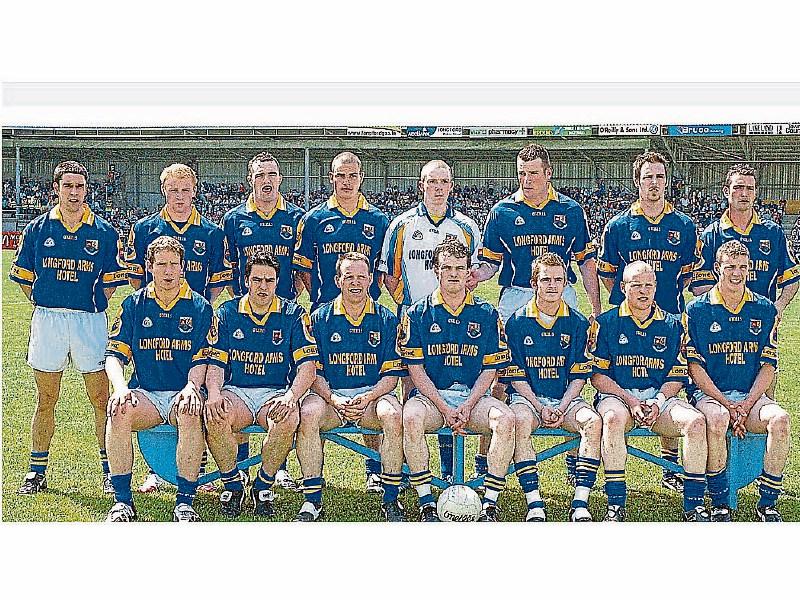 As All-Ireland football kingpins, Dublin play their first championship game outside Croke Park on Saturday evening, RTÉ’s Darren Frehill produced an interesting piece on the last occasion the Dubs were on the road - 2006 in Pearse Park.
The item was broadcast on Radio One last Sunday  and featured insightful contributions from the then County Board Chairman Martin Skelly, Treasurer Brendan Gilmore, team manager Luke Dempsey and star player Paul Barden.
It was June 4, 2006 when the Dubs rolled into Longford and coincidentally, it will be a decade later to the date, as Jim Gavin’s side go to the ‘home of hurling’ to face Laois.
It should be a ‘home’ game for Mick Lillis managed Laois, who have ‘recruited’ Anthony Cunningham and Shane Curran  in recent weeks.
But last October, at a meeting of Leinster Council, it was decided that O’Moore Park, Portlaoise may not have sufficient seated accommodation to cater for the encounter and it was fixed for Nowlan Park, Kilkenny.
Laois, as you can imagine, were incensed. They still are.
Leinster GAA Public Relations Manager Cian Murphy has outlined that there was ‘no agenda’ behind the scheduling of the game for Nowlan Park, merely logic.
With 3,500 GAA season ticket holders entitled to a seated stand ticket for the Laois v Dublin game and a little over 6,000 seats available in O’Moore Park, it was felt that to cater for expected demand, more seats would be required. Nowlan Park has 17,800 seats available so it was decided to stage the game there.
Ironically, as I write,  tickets are still available for Saturday’s game. So it isn’t a sellout just yet. Although that could change.
Anyhow, returning to 2006. Presenter, Frehill, described Longford v Dublin as David v Goliath and how the underdogs found a way to bring the mountain to Mohammed.
In the 2005 Leinster Championship, Longford were crushed, 0-10 to 2-23, by Dublin at Croke Park. When the counties were drawn to meet each other again in 2006, Longford opted to fight their corner and in Frehill’s words, ‘entice the dragon out of it’s den’.
Martin Skelly recalled, “If we had to go to Croke Park it would probably just have been another championship fixture.
“We put our heads together and decided we’d make an approach to Leinster Council to ask Dublin, on special circumstances, to play the game in Longford. So the task was to get our ground up from 10,000 capacity to 16,000. We were told if you can get 16,000 people into Pearse Park safely, then, the fixture would go ahead there.
“We had no money. We undertook the project. We couldn’t take on another mortgage either. So we put it to some of the business people in Longford and they agreed to buy some of the signs around Pearse Park and this generated something in the region of €130,000 and the project was running to €250,000. The other part of the project was subsidised by both Leinster Council and Croke Park in the normal way.
“So we did the job and we actually did it without spending a penny. And that was mainly down to the business people in Longford who put their hands in their pockets and said yes, ‘this is a worthwhile project’.
“The fact Dublin came to town, it gave the fixture a whole new impetus, not only to the players but to the management and also to the traders and supporters in county Longford.”
Brendan Gilmore remembered, “There was a lot of work done and meetings with the Gardaí, HSE and fire service. A few days beforehand, it was looking tight enough with different things. If it wasn’t done, we had to get it done. The Health and Safety Authority were in Longford and it was very tight and we had to have everything in place and thank God it came through. It was unreal, fierce pressure.
“Dublin supporters are second to none. This place was bubbling. I don’t think in my lifetime will I see anything like that.”
Luke Dempsey outlined, “It was part of the game-plan to hit Dublin early because we knew by their body language and when they walked out on the pitch before the match, that they felt over confident.”
Longford raced into a 0-5 to 0-1 lead, however, a Mark Vaughan goal ensured Dublin enjoyed a somewhat fortuitous 1-7 to 0-6 interval lead. And although they dug deep, gutsy Longford, were unable to reel in the Dubs in the concluding half as it finished, 1-12 to 0-13.
Dempsey recalled, “The Longford players were absolutely drained. They were devastated to lose, having put in such preparation for the match. So I had to pick up the pieces and make sure it wasn’t going to be a one-off for that particular summer.”
Paul Barden reflected, “Unfortunately, for us, it was probably the only goal chance they got and they put it away. While we had three or four goal chances that day.” He also referred to the brilliance of Stephen Cluxton.
“We were devastated. So close and yet so far, But we got great confidence from it, and the intensity at training ramped up from there on. With a bit more luck we could have beaten Dublin. It led to a very good season for us in the end, a memorable one no doubt.”
Longford went on to defeat Waterford, Tipperary and Derry in the All-Ireland qualifiers before they made the trip to Killarney to face Kerry.
Barden remarked, “We played some great football and we met Star (Kieran Donaghy). The rest is history and Kerry went on to win the All-Ireland.”
Skelly said it was an unreal experience for Longford to feature in the last twelve of the All-Ireland series and Gilmore added, “The legacy of the big game against Dublin was that Longford were able to compete on the day. And the people of the town will never forget it for a long long time, if they are to ever forget.”