All County Football League Division 1 - Round 7 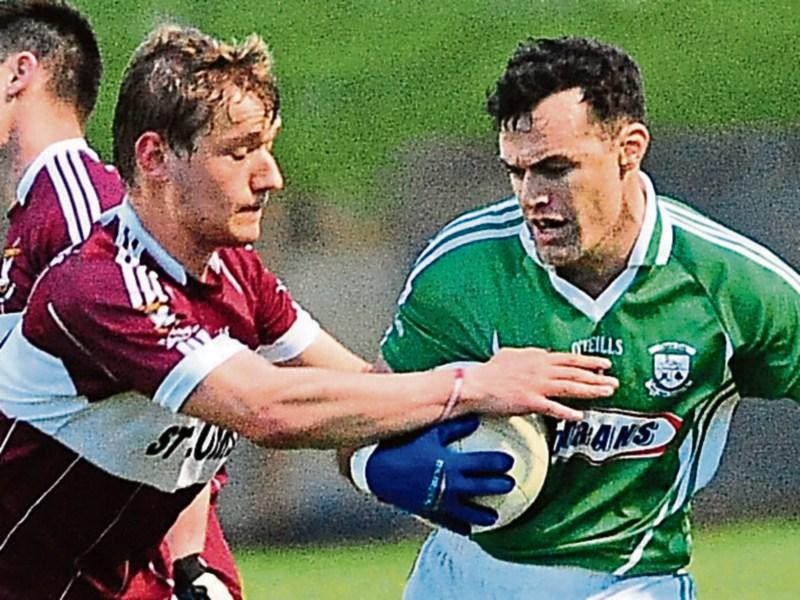 If this is the taste of things to come then Longford GAA supporters can look forward to a very competitive senior football championship this year and the intensity was high for the best part of this extremely tough Division 1 league game between Clonguish and Mullinalaghta St Columba's at Allen Park on Thursday evening last.

Tempers boiled over on quite a few occasions and as early as the 10th minute both sides were reduced to 14 players when St Columba’s forward Conor McElligott and opposing defender Ronan Sweeney were shown straight red cards following a tussle.

And while Clonguish were down to 13 when Paddy Dowd was sent-off after receiving a second yellow card for retaliation with four minutes gone on the changeover they held a comfortable 3-6 to 1-5 lead at the time.

Joe O’Brien was very much the matchwinner, scoring all three goals in the first half and who clocked up the impressive total of 3-6 (all his points coming from frees), but it was Paul Barden who consolidated Clonguish’s grip on the game when he shot to the net in the 47th minute.

That left the home side 4-8 to 2-8 in front and moments later a nasty fracas erupted with several players getting involved in the bust up that was eventually brought under control by referee Donal Kane who had to deal with a difficult task throughout this fiery affair.

From there until the finish it was all Mullinalaghta, driven on by determined midfielder Ruairi McElligott, and they gradually closed the gap with a brace of points from David McGivney (free and play) while substitute Eric Sullivan (when a goal was on) and defender Shane Mulligan also shot over the bar but time ran out for them.

St Columba’s also ended up with 13 players on the pitch as Ruairi McElligott was dismissed for a second yellow card offence in stoppage time. And just before the final whistle Joe O’Brien brought the scoring to a close when converting his sixth free.

Adding extra interest to this action packed encounter was the presence of a couple of former Cavan footballers on the sideline as previous Clonguish manager Mickey Graham is now in charge of Mullinalaghta while former All Star Dermot McCabe from Gowna is the current Clonguish supremo.

St Columba’s (minus the injured Rian Brady) had the better of the early exchanges to lead by 1-3 to 0-2, the goal coming from James McGivney in the 8th minute and who also landed a point, while the other scores were fired over by David McGivney (free) and Shane Mulligan.

Joe O’Brien frees accounted for the early Clonguish points and three goals followed from the lethal corner-forward as his side ended up leading by 3-4 to 1-4 at the break. As it turned out, O’Brien got all the scores for the home side in the first half as he converted another couple of frees.

David McGivney (play) kicked over his second point in the 30th minute and while St Columba’s made a flying start to the second half with a point from David Donohoe after just 20 seconds, back came Clonguish with two further scores through Joe O’Brien (free) and Ciaran Williams.

The ding-dong battle continued with a Donal McElligott point and a David McGivney goal for Mullinalaghta in the 40th minute before Ciaran Williams fired over a couple of cracking efforts for Clonguish.

With the advantage of the extra man, St Columba’s were gaining the upper hand and while they remained in contention with a further point apiece from Jayson Matthews and David McGivney (free) in quick succession they suffered another bad blow when Paul Barden got the fourth goal for Clonguish who done enough thereafter to stay ahead.