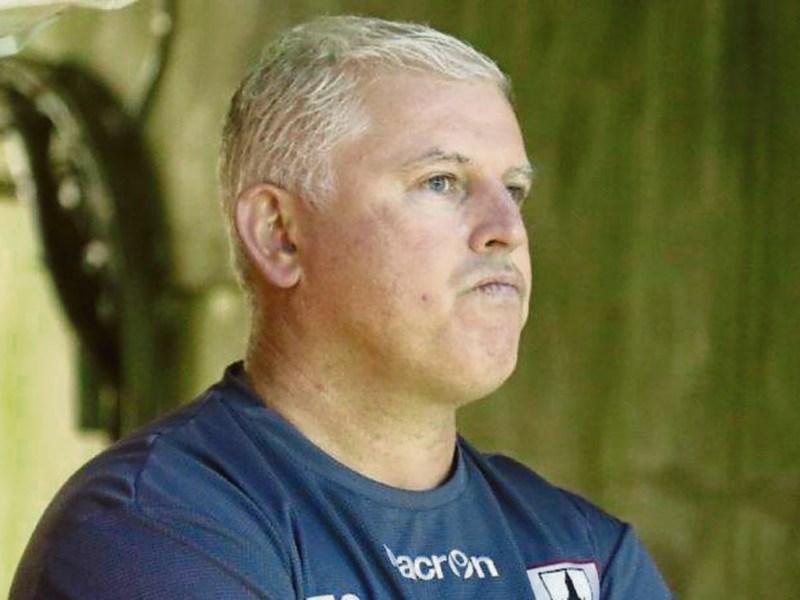 The pressure is piling on manager Tony Cousins as bottom of the table Longford Town were beaten by fellow strugglers Wexford Youths at windswept City Calling Stadium on Tuesday night in what can only be described as a horrendous display that developed into a shattering  shambles.

In charge at the club since 2010, there were calls for Cousins to go as the boos rang out at the end of the game that was watched by the very disappointing crowd of just 294 (the official attendance). It has become a serious struggle for Longford Town in the Premier Division this season with just a solitary win that came away to Wexford Youths in the opening league fixture.

Taking on last season’s First Division champions at home, on the same number of points (six)  coming into this relegation battle, was considered to be a big opportunity for the Town to register a badly needed win and things were looking good when they scored in the 7th minute.

David O’Sullivan got  the vital touch to direct the ball over the line after capitalising on a mistake by Wexford defender Ryan Delaney, who failed to clear the danger, but the lead was shortlived.

It turned out to be a cruel league debut for 19-year-old reserve Longford  keeper Ian Molloy (replacing the injured Paul Skinner), who appeared to be impeded  in his attempt to deal with a Wexford free-kick and the ball broke kindly for Ryan Delaney to scramble a close range shot into the net with 13 minutes gone on the clock.

While Molloy came to the rescue in making a great save to tip a Furlong header over the bar in the 21st minute, his inexperience showed in the resulting corner as the ball deflected off Chris Kenny for the crucial second Wexford goal.

The visitors, growing in confidence and solid at the back, created a few other chances during the remainder of the first half and should probably have scored again with six minutes gone on the changeover when Danny Furlong shot straight at opposing keeper Molloy from a few yards out.

Moments earlier, the Town launched a rare attack when a right wing cross from Kealan Dillon was parried by Wexford netminder Graham Doyle who prevented the ball reaching the inrushing David O’Sullivan but the killer blow was struck in the 54th minute.

A  well-worked Wexford move ended up with Andrew Mulligan breaking clean through down the left flank before firing a cracking shot from a tight angle into the corner of the net but Longford were given a glimmer of hope when the opposition conceded an own goal in the 72nd minute.

A right wing cross from David O’Sullivan ended up in the back of the net with the ball deflecting off Wexford defender Gary Delaney and it took a fine save from Graham Doyle to prevent Town defender Pat Flynn from snatching the equaliser in the 76th minute.

But Longford’s tale of woe was complete when Wexford scored a fourth goal in the 85th minute as Paul Murphy kept his composure to hit the target at the second attempt after his initial effort came back off the post.