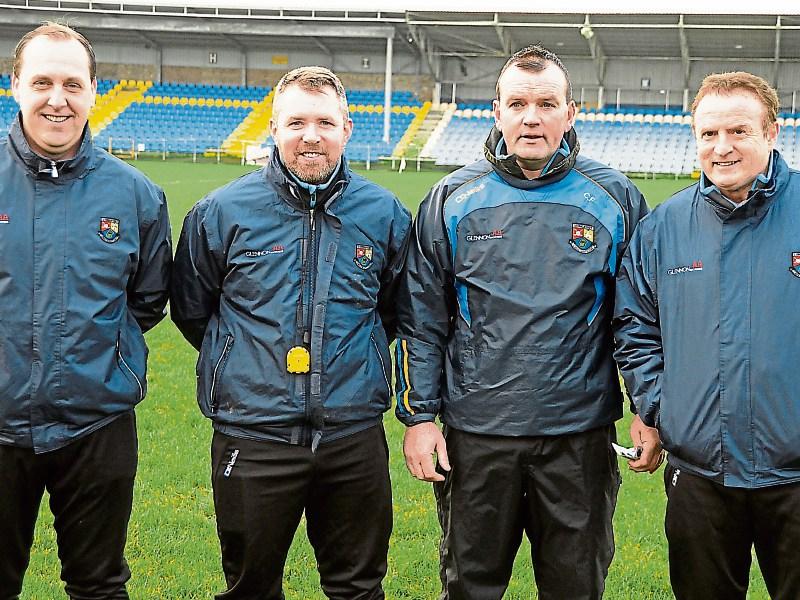 Longford GAA is embroiled in deep controversy this afternoon as the management of the senior football team are threatening to resign following the refusal of the CCC to postpone a round of league fixtures.

In a hard hitting statement, issued by the management quartet of Denis Connerton, Ciaran Fox, Enda Macken and Derek Ryan, it is claimed the decision to proceed with Round 5 of the club leagues is seriously hampering their championship preparations.

Management held a crisis meeting last night “to reconsider our situation in regard to continuing in our role.”

Longford are due to face Offaly on May 15 in the opening round of the Leinster Championship in O’Connor Park, Tullamore - the game was due to be played in Glennon Brothers Pearse Park.

However, due to restricted capacity and the need for refurbishment works to be carried out on the seated stands at the venue, Longford conceded ‘home’ advantage.

Management say their request for a postponement of the Rd 5 league games was not only denied but that the games were fixed on three separate days, on dates between April 26 and May 1.

“This is the fourth time that a round of League Games couldn't be completed in one day. This has hampered our preparation for the Championship as we have had to cancel numerous training sessions and at this stage we unfortunately feel that we are unlikely to win the first round versus Offaly. Therefore we feel we are now preparing for the Qualifiers and we hope our preparation for this competition will receive  greater support.Our elite players deserve better.”

Longford, who consolidated their Division 3 NFL status in impressive fashion and also defeated Offaly in the 2014 & ‘15 Leinster Championship, are due to play Tipperary in a challenge game next Monday in Carrickedmond and this fixtures row is a distraction the squad could have done without.

The statement says, “We have to ask how other county teams manage to have much greater free time leading up to their respective provincial championships and we can't? This was never an issue in Longford before as previous management teams got ample time to prepare.”

At last night’s meeting, team manager Denis Connerton and his selectors discussed the difficulties in preparing their charges to compete in the Leinster Championship.

“After a productive training camp abroad funded by the players we met with the Fixtures Committee (CCC) to voice our concerns regarding players' welfare and fatigue and pleaded that Round 5 of the Club Leagues in Longford be postponed to aid our preparation for the first round match in Leinster.

“We stressed that we had already lost home venue due to Glennon Brothers Pearse Park being unable to accommodate the expected crowd for this match even though the stadium was able to facilitate a Division 1 fixture involving our neighbours Roscommon with a very large attendance.

“We further stated that our record in the Leinster Championship has been poor and as we celebrate the 50th Anniversary of our National League victory surely everything that is possible within our own county to enhance our young players' chances  of progressing should be done.”

Longford GAA County Board Secretary Peter O’Reilly explained that he received a copy of the statement from team management just ‘a short while ago’ and he indicated that other members of the County Board Management Committee had yet to read the statement and have an opportunity to consider its contents.

In accordance with rule, club games aren’t fixed within thirteen days of the county senior team playing in the championship.

And Mr O’Reilly pointed out that the scheduling of fixtures in the county is governed by the rule book.

While a fifth game is scheduled for Sunday, May 1 Mostrim v Clonguish.