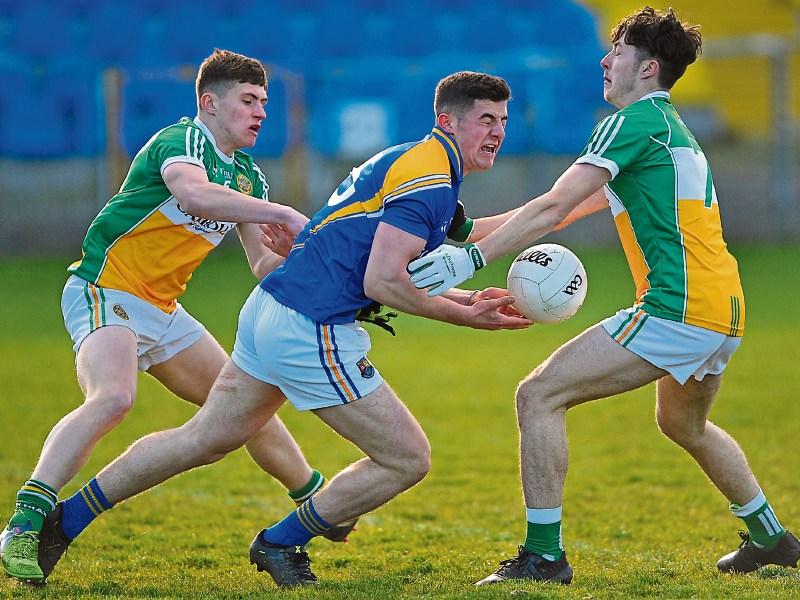 After the high of reaching the Leinster Minor football final last year, it all went wrong for Longford in the current championship campaign and Offaly delivered the knockout blow in a tight contest at Glennon Brothers Pearse Park on Tuesday evening.
Following the disappointing defeat against Westmeath in the first round proper, Longford were hoping to make the most of their second chance through the ‘back door’ but it was not to be as Offaly won the qualifier by the narrow margin of two points, 0-12 to 1-11.
The faithful county got the decisive only goal in the 15th minute when corner-forward Conor Lynam planted the ball in the back of the net from point-blank range and his side ended up on level terms at the break, 1-4 to 0-7, after playing against the wind in the first half.
That left Longford facing a real uphill battle on the changeover but it would probably have been a different story had Rory Hawkins not squandered a glorious chance of a goal in the 25th minute. Longford’s star performer, Joe Kelly, landed four first half points.
Switched to attack for the second half, Ruairi Harkin, edged Longford 0-8 to 1-4 ahead, however, Offaly replied with four points in succession through Cian O’Neill, Cian Johnson, Michael Mooney and Conor Lynam (free) to go 1-8 to 0-8 up after 41 minutes.
Longford’s Joe Kelly (free) and Offaly’s Cian Johnson (play) traded points before Tony Devlin’s Longford side rallied bravely and drew level by the 49th minute, 0-12 to 1-9, with points from Joe Kelly (two frees) and Ronan Healy (play).
Offaly seized the initiative once again though and late scores by half back Ronan Hynes and Cian Johnson (59th minute free) saw them progress to the next round against Wicklow.