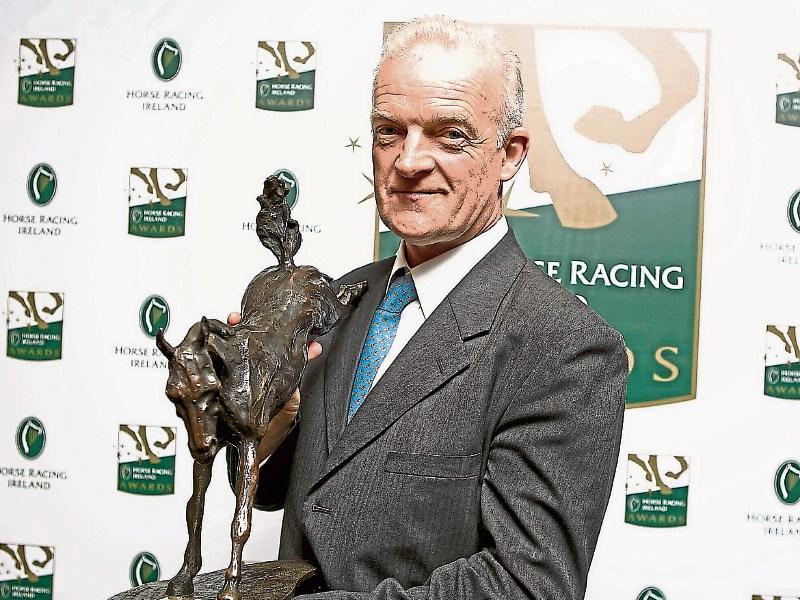 Mullins is hoping to be named top festival trainer for the 11th year in a row  - and last year won a record 15 races at the festival - ten of those Grade One winners.

Punchestown offers Willie a quick opportunity to get over the disappointment of narrowly losing out to Paul Nicholls at the weekend in the race to be crowned British champion trainer and be the first Irish man since Vincent O’Brien in 1954 to claim the title.

Many of Willie’s horses in Punchestown travelled to Aintree recently, yet it’s not a concern for the champion trainer.

“It’s a little tight alright but there’s nice ground and the horses have recovered well,” he said.

Add to that the late addition of Vroum Vroum Mag, who was withdrawn from Sandown and now travels to Punchestown.

Also, good news for racing fans is that Ruby Walsh will be  fully recovered from a fractured wrist and will be teaming up with Willie once again. Ruby holds a ten-win lead over the chasing Brian Cooper in the jockey championship.

The first hope for success for Willie is Yorkhill on Tuesday - likely to be ridden by Grand National winning jockey, David Mullins - Willie’s nephew.

Willie went through the race card for the week, picking out some of his fancied horses from his stables - and some who may pose serious threats.

Interesting to note the running of Uncle Junior on Thursday in the four miler - this 15-year-old will retire after this run and all at Closutton hope this lovely horse  finishes on a high.

The following are Willie Mullins' tips for horses to look out for during the Punchestown Festival:

BoyleSports Champion Steeplechase -  Vautour with danger from Gods Own and Simonsig.

Weatherbys European Breeders Fund Mares - Augusta Kate is one to watch here, with threat from Dixie Lee and The Nipper - a really good mare.