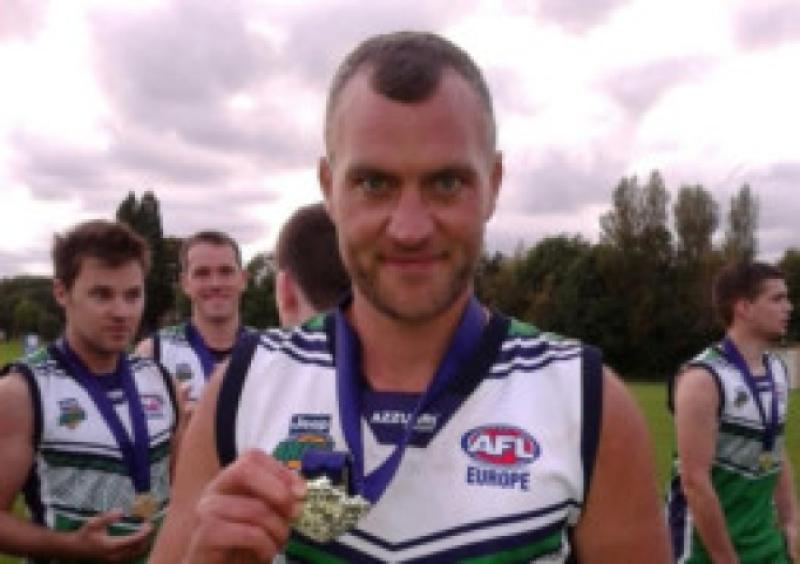 The south Longford man began playing Aussie Rules with his local club in Dublin - where he now resides - South Dublin Swans and the International Cup is the premier international Aussie Rules event in the world.

The event is staged every three years at the world famous Melbourne Cricket Ground, the biggest stadium in Australia and Ireland has won the title on two occasions, in 2002 and 2011.

“In 2014 Ireland will be strongly fancied, however competition will be stiff with New Zealand, Papua New Guinea, Great Britain, South Africa and the USA all expected to be contenders come the finals,” Peter told the Leader. “I got into the sport through an Australian friend and loved it from day one.” After a background in Gaelic Football it was fairly easy to adapt to the sport and from there Peter progressed to the national team. “This is my fourth year playing for the Irish Warriors,” he said.

The Irish national team has been very successful and is the only nation to win the International Cup on more than one occasion. Ireland have also won the 2013 European Championships and the 2011 and 2012 Euro Cups. However, 2013 was not a great year for Peter on a personal level. At the end of May he dislocated his shoulder and ran out of time to become fit for the European Championship. He then contracted a rare bacterial infection following dental work and he was in ICU at St Vincent’s Hospital for a week.

“Because of the hospitalisation I also missed playing for the Irish team in the Euro Cup last September and I lost a lot of weight and energy from the ICU episode,” he added. “Thankfully all of that is behind me now and I’m back to health. All the players on the Irish Warriors Aussie Rules team must fund training and playing themselves. With the International Cup being played in Australia the financial burden is greater with flights alone costing €1,300 and accommodation over €1,000 for the three week stay. Being self employed also means I have to give up my income to play. I have put together a number of rewards some of which are related to my business Life and Balance Centre www.lifeandbalance.ie.”

Life and Balance Centre provides natural health solutions to maximise mental and physical health. Key services offered include Chiropractic, Biofeedback and Neurofeedback. “Chiropractic care has been a very important part of my own preparation in terms of being at peak health to represent Ireland,” concluded Peter. Check out irishwarriorsaussierules.wordpress.com for more details.