Clonterm Tug-of-War pull their way to a National title 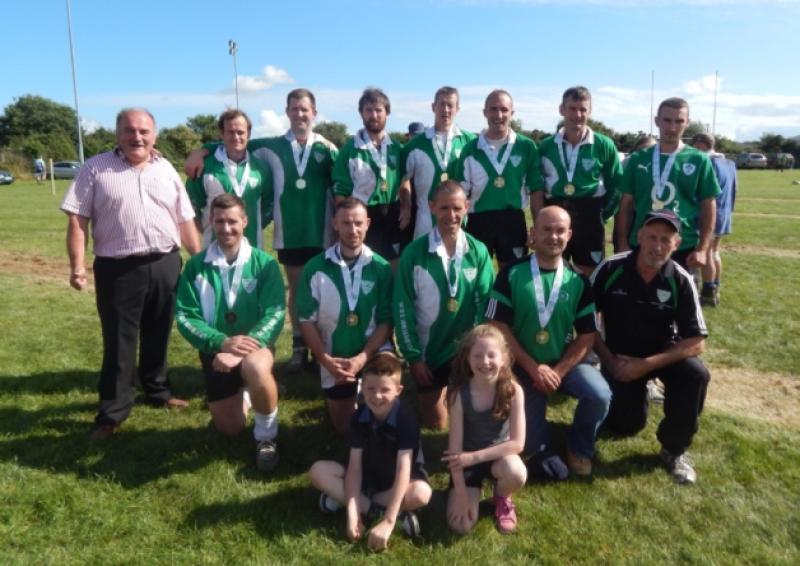 Following a full day of stiff competition which saw each of the eight teams competing pull against every other team, Clonterm emerged as strong contenders. They went on to the final to face the current title holders on their home soil.

In a final show of pure strength the Longford squad defeated the host team, Boley, who are reigning champions since 2006.

With one pull lasting over seven minutes, Clonterm did not falter, their hard work and determination shining as they won the national Irish title.

Delighted with the win Ollie Glancy Snr said “It is like a fairy tale to have such success in a short space of time; it is mind blowing.

“Now we have to decide what is best for the team going forward. The goal was to aim for the World Championships in Belfast next year.

“With our win in New Ross on Sunday we now have the option to travel to America at the end of August to represent our County and Country which would be a huge honour.”

With a number of wins under their belt and looking forward to the next game Ollie concluded “we have silver in the 700kg, gold in the 680kg and gold in the 640kg national championships. We are now heading to Cork to compete for the 600kg title, this would be the icing on the cake.”

On the day, Gort na Cloiche Valley, made up of members from Longford and Westmeath, also competed in the 400, 430 and 640kg events.

Chief Tug-of-War Judge and Granard native Seamus Kilbride said “ There is a lot of time and effort put into it but you only get out what you put in, it is like every other sport you must train for it.”

The next stage of the league will take place in The Farm, Grenagh, Co. Cork on August 10.