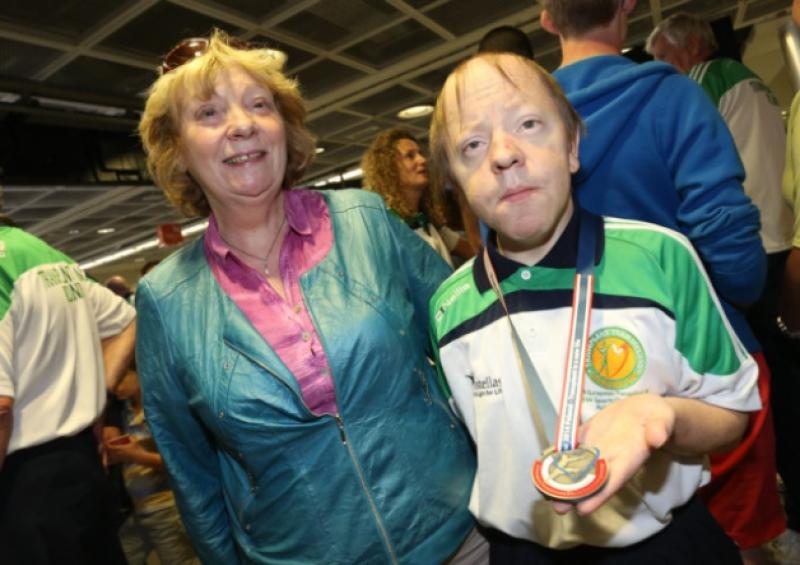 The 30-year-old took home the medal after representing Ireland in the bowling section at the eighth staging of the games in Krakow, Poland last month.

James, who is a kidney transplant recipient, said he was still digesting the enormity of his success with his family back home in Lisnanagh on the outskirts of Edgeworthstown.

“I got through three rounds, but to be honest I wasn’t really expecting to get a medal,” said the son of Martin and Teresa.

James’s achievement was made all the more remarkable given that he only met his bowling partner, Thomas Doherty when the Irish team touched down in Krakow.

An accomplished bowling enthusiast for the best part of a decade, the former Ardscoil Phadraig student is certainly no stranger to winning medals.

In 2004, James won European gold in the doubles tennis competition in Slovenia, while in 2010 gold was likewise secured in French Bowls, more commonly known as petanque.

“I have a frame at home, but that broke because there were too many medals in it.”

James, who endured three years of dialysis treatment before his transplant operation in 2005, admitted the thought of adding further medals to his overflowing collection excites him.

And in a further insight, he refused to rule out the possibility of switching sporting codes ahead of next year’s World Games in Argentina.

“I’ve been doing the bowling for about ten years or so now. I like to change around every so often.

“You are given a list each year to see what you would like to do. I’ll look at it when it comes out and I might do something different,” he said.

Whatever his choice, you get the feeling we haven’t heard the last of James Hannon just yet.