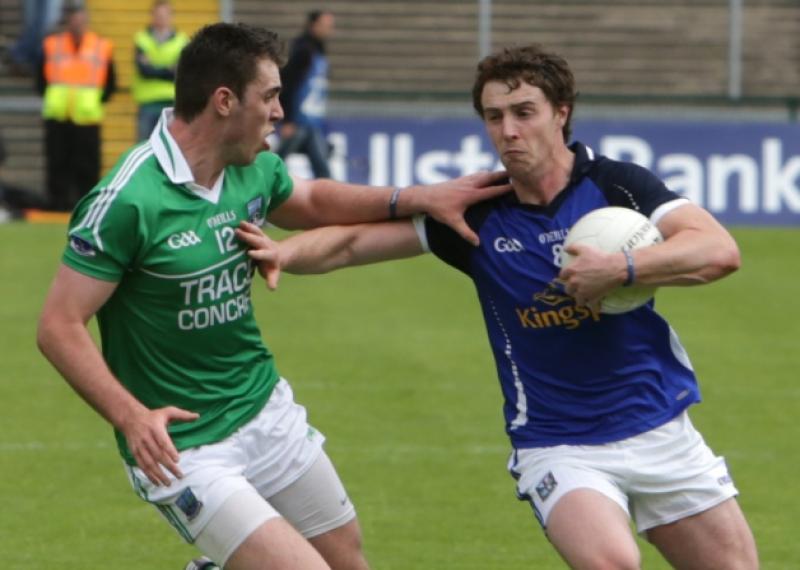 The relief on the face of giant Cavan midfielder David Givney told a tale.

The relief on the face of giant Cavan midfielder David Givney told a tale.

The Mountnugent clubman seemed to sum it up for all in blue at the end of last Sunday’s dour derby duel by claiming that the result was all-important.

“In years to come, there won’t be any mention about the quality of the football; the facts will just state that we go through to the Ulster semi-final and put back-to-back championship wins together for the first time since 2001,” the 24 year old enthused.

“Our poor record in the championship over the last dozen years or so was mentioned way back at the start of the year so it was very much a target of ours to at least make it into the semi-final.

“We knew it (the record) wasn’t good enough and it’s a big boost to the county that we’ve managed to get over Armagh and Fermanagh in the last few weeks.

“It’s great but we don’t want to stop there. We want to get into the Ulster final and we’re going to do whatever we can to get there.”

On the back of their laboured victory, Cavan are likely to go into their upcoming clash (June 29th) with Monaghan as outsiders, even though the Breffnimen beat Malachy O’Rourke’s side in their NFL Division Three clash earlier this year.

It seemed that hosts Fermanagh were going to seal a place in the semis though when they drew level, 0-11 apiece, with three minutes of normal time left to play.

Givney admitted that the final few minutes going into added-on time were nervy, tense moments but he paid tribute to the maturity his team-mates showed when the heat was turned up:“Nobody panicked when Fermanagh came back at us,” the strapping Sigerson Cup medallist explained.

“You were able to look around and see all the lads were calm and composed; that’s the character that’s in this team.

“We talked at half-time that when Fermanagh had their purple patch that we wouldn’t give up, that we’d dig deeper and keep working hard and that a few more chances would hopefully come our way. I think if we had our shooting boots on, we would have been out of sight at half-time.”