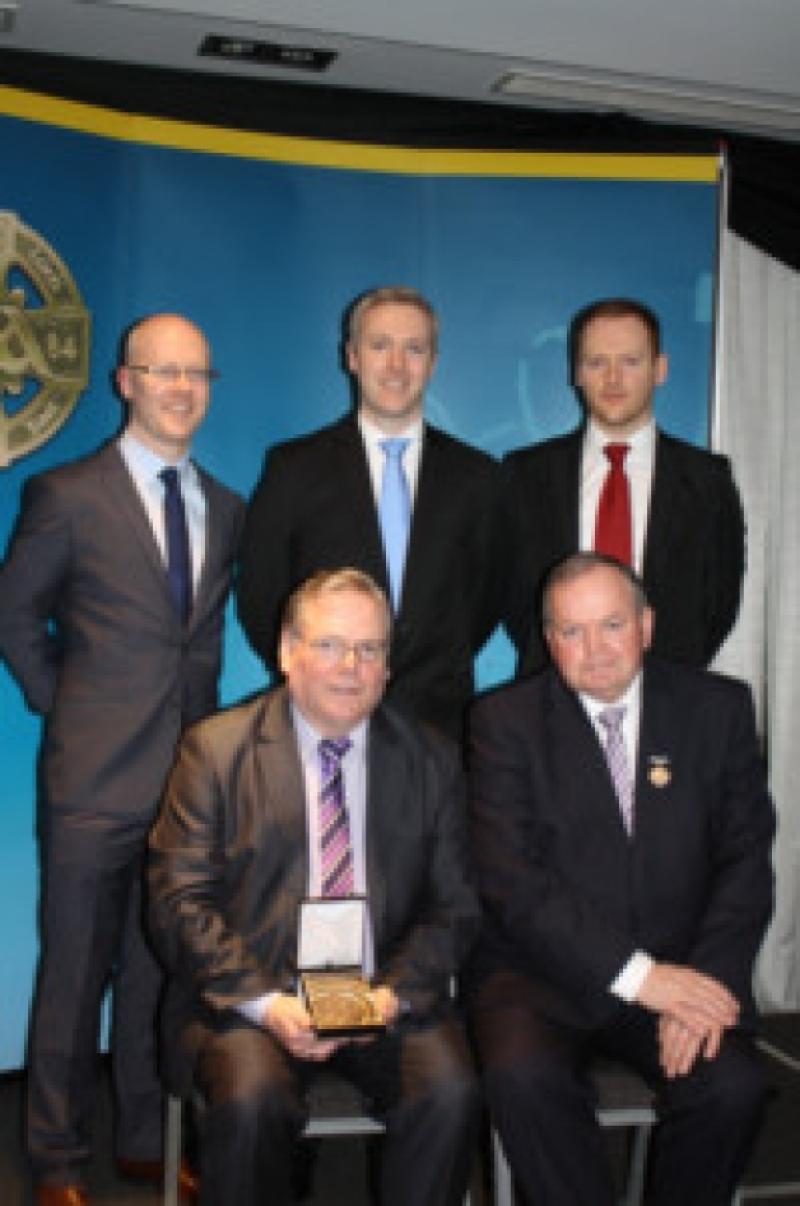 Emmet Og, Killoe received the McNamee Award for Best Website at the awards which took place in Croke Park on Saturday April 13th. The club, founded in 1889, were the first Longford winners since 1990, and also had the achievement of being the only club in the country to take home an award.

Emmet Og, Killoe received the McNamee Award for Best Website at the awards which took place in Croke Park on Saturday April 13th. The club, founded in 1889, were the first Longford winners since 1990, and also had the achievement of being the only club in the country to take home an award.

In February of 2012, Paul Devaney was approached by the club to work on their new website. “My design intent was to produce a user-friendly, colourful, informative and regularly updated portal for all our members (Senior, Underage and Ladies), for our community and for our diaspora.” Mr Devaney explained. “It allowed us an opportunity to present ourselves to the world as an active, successful and modern sports club that can also boast a rich heritage and history within a vibrant rural community in north Longford.” The work on the website involved some changes in the club itself, with a new crest in place on the website and the jerseys of the players.

The website went live in June 2012, and contains a number of unique features. As well as the modernised crest, the website also contains a history of the club, unique footage from the 1960 Longford County Final and songs and poems with a connection to the club or the area, amongst other informative and interesting pieces. To celebrate The Gathering, Mr Devaney also included a feature called “We are Killoe”, a collection of photographs from Killoe natives living across Ireland or abroad. Facebook and Twitter feeds from the club can also be found on the website.

Alan Milton, GAA Communications Manager had high praise for the club and their website, saying; “For such a small provincial club, there was an enormous amount of work put into the Killoe GAA site and it gave the impression that the website, as representation of the club, is very much part of their community and important hub for their fans. An example of their innovation involved was an assigned section for seniors, ladies and youth, ensuring the site was all-encompassing.” He also praised the interactive nature of the site, and the way in which the club used social media to their advantage.

Mr Devaney explains that the site would not have been possible without all the help received with areas including content (such as photographs, match reports and histories) and graphics, and mentions Ed Benn in Hamburg who helped the site structure and layout that “is unique to our club.” Mr Devaney admits that as of yet, there is no written history of the club, therefore the content that appears on the website was created from scratch.

“The site would not have been possible without the contribution from all Killoe clubs (Senior, Minor and Ladies), so i would like to thank them for their cooperation and to club Secretary John Dowd who attended the event” Mr Devaney adds. “A special word of thanks to Gerry Rowley who was my main contact within the Killoe executive throughout the development process. Finally I would like to thank my brothers John and Colm for helping to compile club histories and statistics which really brings alive our club story.”

“This is something that people will carry with them, no matter where they happen to be based across the world. And as with many other places, the GAA sits at the heart of our community. So I wanted to develop something that could capture and add to that sense of pride and place and to weave into the final design a unique taste of our parish.”