Jack Sheedy hoping to put spring back in county step 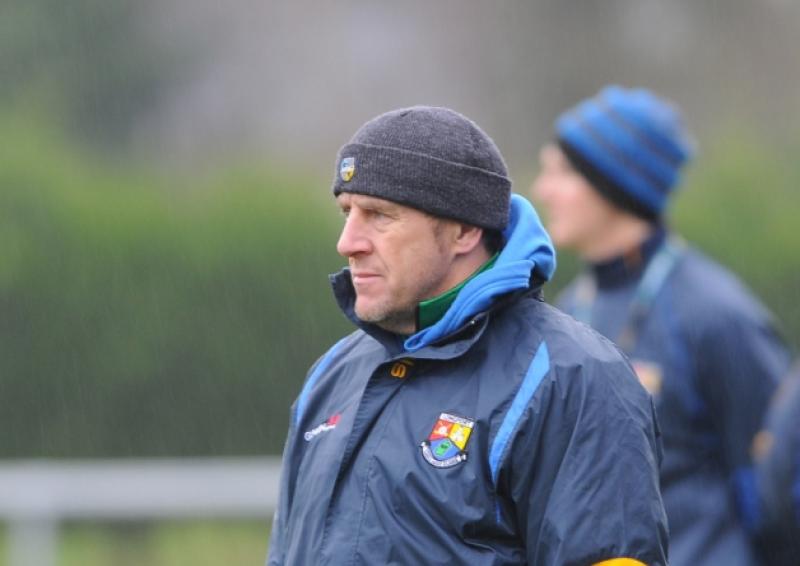 Even the most impassioned Longford GAA follower would have been pleased to see the back of 2013.

Even the most impassioned Longford GAA follower would have been pleased to see the back of 2013.

Seven defeats on the spin and relegation to the third tier of the National Football League was capped by a first round exit to Wicklow in the Leinster Senior Football Championship.

It was a double whammy that, in August, brought with it the end of Glenn Ryan’s five year association with the midlands county.

As is frequently evident when a manager departs, the proverbial rumour mill went into overdrive. Locals like Denis Connerton, Ciaran Fox and Eugene McCormack were all mooted as potential successors.

Few, if any, had bargained on the name of Jack Sheedy being put forward.

Like his predecessor, Sheedy is undoubtedly best known for his exploits on the field as opposed to casting a watching brief from the sidelines.

A holder of five Leinster championship medals in the 90s with Dublin, his first real taste of managerial success came in 2009 when guiding Edenderry in Co Offaly to Division 2 league success.

The following year he went one big step further, winning the Kildare senior football championship as boss of Moorefield.

Taking a job at inter-county level is another step up. Sheedy knows this and of the task which awaits him this Sunday as Longford open their National Football League Division 3 campaign against Roscommon.

“Yes, it is my first job (at inter-county level), but I don’t think experience is all that important,” was his direct and forthright reply.

“I was involved with the Dublin junior management in 2008 when we won the All-Ireland title and in Longford I have a good backroom team to assist me,” he said.

The same could also be said about the belief he has shown in experimenting with his new side.

“I went to a good few games in the County Championship and Leader Cup last season. That was really to look for guys that would fit into the squad. We were able to get two months of good training into them which I have to say has gone very well.”

Among the new recruits have included Brian Farrell (Mostrim), Daniel Keogh (Killoe) and Padraig Gill (Fr. Manning Gaels). The latter named is one of those that seems to have left a lasting impression on the new manager, demonstrated by his goal-getting exploits against Athlone IT earlier this month.

For now, though, it would seem building a strong work ethic and restoring pride in the blue and gold jersey is what remains uppermost in his mind.

“Preparations have gone very well and I am happy with where we are at,” he stressed. Everyone has put in a big effort and worked hard since I arrived. Of course we are still fine-tuning things and working on different areas. They will take a while for the guys to get used to and to know what I am looking for.”

He also recalls with great fondness the first meeting and “introductory session” as he termed it shortly after his appointment was confirmed.

“I am happy we have given guys a chance and everyone that has been brought in wanted to be a part of it. They wanted to play for Longford rather than just be on the panel and that means a lot. Whether they all step up to be the players we want remains to be seen, but they will get opportunities to show what they can do.”

To add to his responsibilties, Sheedy also occupies the role of County U-21 boss, mirroring a similar design as that which has served Cavan especially well under Terry Hyland’s stewardship.

“That was important for me as part of the package when I took the job,” said Sheedy. “For me, it’s always important to see what’s coming up through the ranks and to get a handle on that. Obviously we don’t have the same guys who are overage this year, the likes of Diarmuid Cooney who is part of the senior squad at the minute.

When you take guys like these out they are hard to replace, but the guys who have come in are working very hard.”

All Sheedy and his management team need to do now is turn that industry and application into the cold, hard reality of results.