-Supporting Autism in Longford and the MWB region 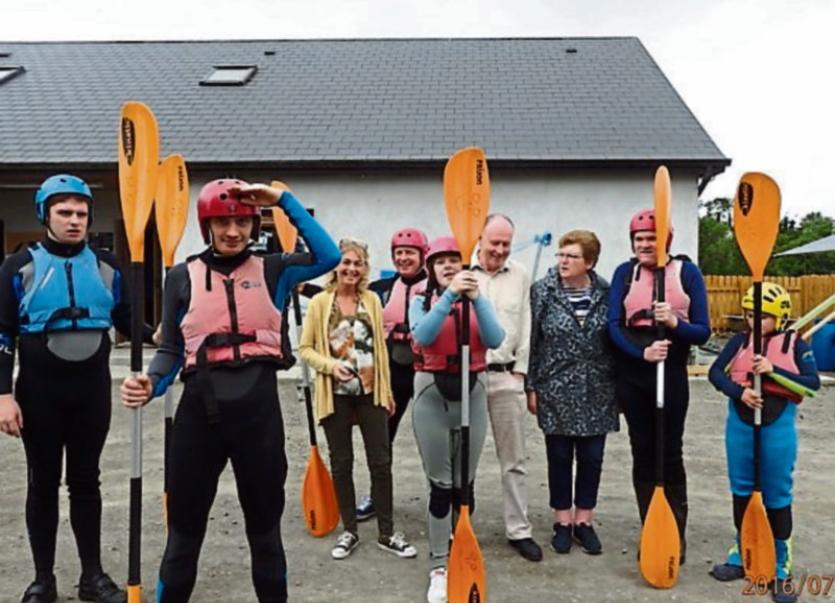 Parents of children with Autism are encouraged to get in touch with MWB Autism Support to avail of various support services, including monthly meetings and regular social outings for children and adults alike.

Based in Longford, the group currently caters for families living in Longford, Westmeath, Roscommon and Leitrim, but welcomes families coming from any of the nine counties of the Midlands, Western and Border Region.

The group is a self-help community made up of parents with children on the Autism Spectrum - some at the severe end of the spectrum, some mild and a mixture of boys and girls aged from four right up to 40.

“I established the group back in 2008. There was a need for it. People needed the help. In our family, we have two children with autism. One is almost 22 and the other 21, so we have a lot of experience to pass on,” said Chairperson of MWB Autism Support Michael Bryson.

“The parents help each other. More established parents help the newer ones who come along and they’re very supportive to one another and can relay their own experiences back. The mother-to-mother thing seems to work very well too. It’s nearly all women, but there are a few men who come to the group as well.

“When we get new members, we try to introduce them to members with children of the same age - obviously there’s no point in putting a child of five with a 20-year-old. It’s organised and it’s organic at the same time with a personal touch. It’s a good way to make friends, because autism is often anti-social. It’s parent-led and parent-organised.”

Aside from the monthly meetings, MWB Autism Support organises trips and activities to suit all interests: from swimming to kayaking and drama to cinema trips, everyone is catered for.

“We find that outside events usually work better because there’s not as much sensory overload. A noisy basketball court won’t be good for everybody, but outside activities like orienteering or kayaking go down very well,” Mr Bryson explained.

“But then everybody is different. Some children like water sports and some don’t. But we do find that children in general with autism - of course, it’s a very general statement - seem to like water sports. A lot of them like swimming or kayaking. And then in summer time, in July or August, we’ll do a summer camp down in the mall and maybe two or three different sports activities.

“And we have other activities as well like drama in Newtownforbes to help them express themselves through drama and through drawing and stuff. Then for the parents, we have relaxation classes like yoga, mindfulness and that type of thing. So we have a little bit of everything for everybody.”

Many of the activities take place in various different parts of the Midlands, Western and Border region, such as Athlone, Roosky, Drumlish and further afield, to give children a chance to see a new place and do something new.

The group also aims to help parents and families to deal with the more difficult sides of Autism by providing information on various courses and therapies that are out there, and even by subsidising the cost of going to courses and classes.

All of this work is made possible by the generosity of the people in the region who have supported MWB Autism fundraising efforts over the past nine years. Past fundraisers include skydiving, marathon-running, dances, cake sales and various other events.

And joining the group is very affordable too. MWB Autism Support is a registered charity and holds several fundraising events throughout the year from bucket collections and craft fairs to pub quizzes and raffles.

For this reason, many of the charity’s events are funded, and it only costs the parents a €20 membership fee per year, making it a very affordable and easy way for parents and children to get the support they need while also injecting a bit of fun into their lifestyle.

MWB Autism Support will also have a table at the Disability Information Event hosted by the Longford and Westmeath County Childcare Committees in the Longford Arms Hotel on Wednesday March 1 from 6pm to 8pm.

The group also has an active Facebook page, WMB Autism Support, and will respond quickly to messages.