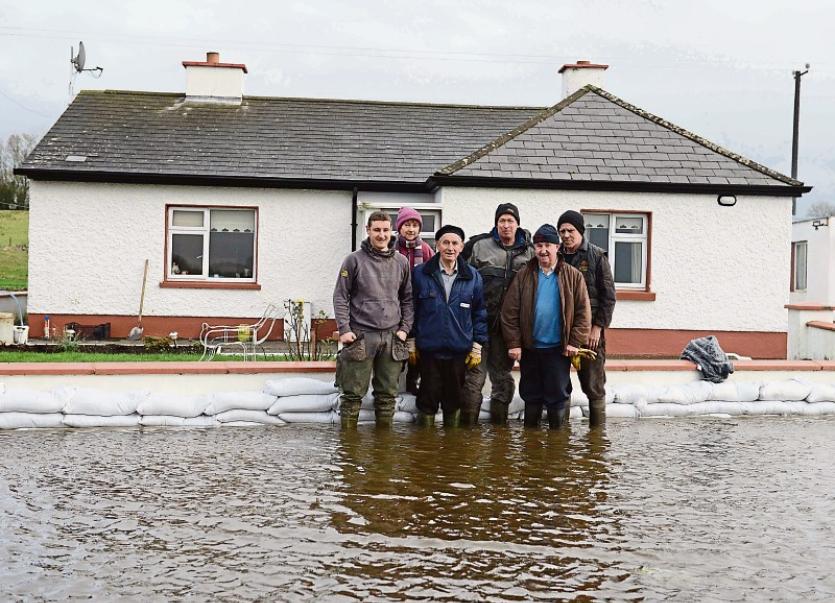 It has been a difficult month for our poor little country - to say the least. Battered by strong winds and sheets of rain for what seemed like endless weeks, we’re only just beginning to see the damage caused by Storm Desmond and Storm Frank, now that the rains have finally cleared and the water levels begin to slowly subside.

542 residential dwellings have been evacuated since December 3, just over half of those have been re-occupied since. These figures, released by the Department of the Environment, do not include homes that were at risk of flooding, or those which were inaccessible due to flooded roads.

At what should have been one of the busiest times of the year, some businesses were waiting idly for customers to call, customers who had been warned away for fear of the weather. Even worse, many businesses were literally gutted by the floodwaters, left without electricity or otherwise damaged, leaving their owners to pick up the pieces.

Since school started back last week, the papers have been filled with photos of children setting off on any available transport, from amphibious vehicles to tractors and trailers. Their smiling faces at the excitement of it all, dimmed by the exhaustion and stress endured by their beleaguered mammies and daddies, relatives, neighbours and friends.

Here in Longford, we were lucky to escape the absolute worst of the flooding, and even at that, we saw daily norms, such as popping to the shops or heading out to work, become arduous tasks.

We have taken a hit, there’s no denying, but there was one shining beacon in the fear, devastation and uncertainty, and it came in the form of the people, the same ones who tirelessly manned the pumps and laid sandbag after sandbag to preserve what they could.

After all, we’re nothing if not resilient.

While one side of the media showed the destructive power of the elements, the other half showed the healing power of community spirit and how people joined forces to face the worst weather in living memory.

Just one example of this occurred in Newtowncashel on December 28, when the late Johnny Clarke was brought through the floods by tractor to his final resting place at Saint’s Island, which was badly hit by the storms. Shared on social media countless times, the photograph took off, a heartwarming act of generosity that touched the hearts and imaginations of people around the country.

We also showed off our famous sense of humour in spite of it all, by making a celebrity out of one Teresa Mannion. Her legendary report from an apocalyptic Salthill went viral in a matter of hours when it aired last December.

Her cries of, ‘Don’t make unnecessary journeys,’ and ‘Don’t take risks on treacherous roads’, as she braved the wind and rain were uploaded, shared, liked, retweeted, replayed and remixed, making light of an otherwise dire situation.

There have been several similar stories that have played out. Local groups weighing in to help those in need; people running tractors and boats to help others get around; neighbours pulling together to defend themselves against the storms. Businesses also played their part, with the most memorable being the Castlemartyr Resort in Cork, who offered free accommodation to flood-stricken locals.

We’re still feeling the effects of this battle, and with more rain forecast and a multi-million euro clean up operation ahead it’s clear that the war is not over, but as is now our custom, we will face it together.

To paraphrase the wise words of Mother Teresa; “I can do things you cannot, you can do things I cannot; together we can do great things.”