Longford Town take on Treaty United at the Markets Field 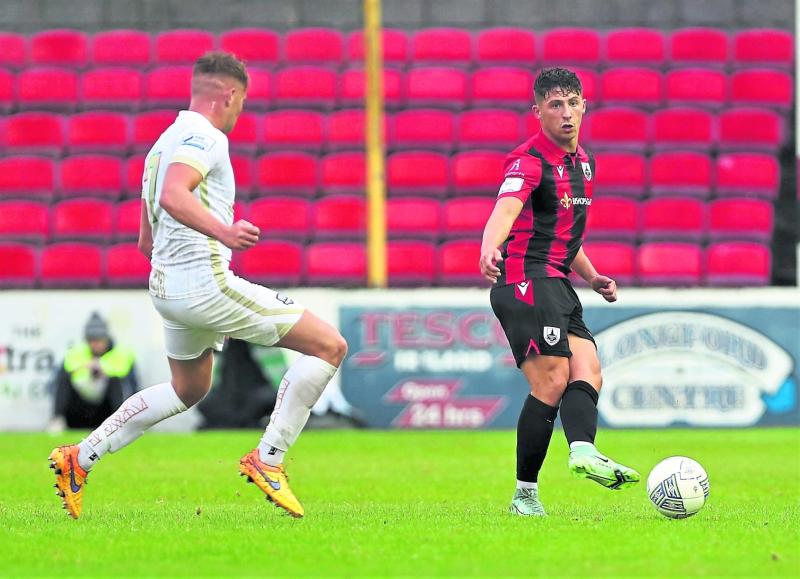 Longford Town make the long journey to Limerick on Friday to play Treaty United at the Markets Field, kick-off 7.45pm.

The Town were free last weekend due to the nine team First Division, a situation that continues to baffle many soccer supporters in this country.

One very experienced football man recently remarked that the people in power in Irish football have a lot to answer for allowing the nine teams to start in the First Division this year. He also said that he wasn't surprised that this happened due to the make up of the committee that run the league.

It's hoped that at the end of this season we will have a new club to come in for the 2023 season with an interest from Kerry and it's rumoured that there may be other interested parties hoping to get the nod for next season.

After last weekend's games Treaty and Wexford are 5th and 6th on 27 points and both are 6 points behind the Town who have a game in hand as they both fight it out for fifth place and into the play-off spots with 12 games left to play.

With that in mind it's imperative that the Town pick up points this weekend and at home on Saturday week when our near neighbours Athlone come to Bishopsgate for the third meeting between the clubs this year.

Last Friday night Cobh Ramblers, under the guidance of recently appointed manager Shane Keegan, played hosts to a very useful Treaty side who are doing so well under manager Tommy Barrett.

The visitors took the lead in the 17th minute when the unfortunate Ben O'Riordan put through his own goal.

Cobh were causing many problems for the visitors and it took an excellent strike from substitute William Armshaw to guarantee the visitors three vital points. The Town and Treaty have played each other twice already this season and after three hours of football neither team were able to muster a goal.

The teams met at the Markets Field on May 16 and the game ended 0-0.

The Town were at home at Bishopsgate on April 23 and despite dominating the game for long periods, some very poor finishing saw that game also ended scoreless.

The Town go into Friday's game with a week's rest which may be an advantage, some people think otherwise.

Longford’s last outing was against Galway and after an outstanding performance the Town had a resounding 2-0 victory over John Caulfield’s side at Bishopsgate. The vocal local supporters witnessed two excellent goals from the Town's newest scoring sensation Cristian Magerusan who looks like he could be the goal getter that the club needs as we chase a promotion spot at the end of the season.

That is the good news for the Town but there is bad news on the player front this last week and over the last few weeks.

Young striker Aaron McCabe,  who scored some very good goals a few seasons ago,  has left the club and we hope that Gary Cronin will be able to replace him in the July transfer window.

A recent signing Joe Doyle has also departed the club due to work commitments and he was just settling into the team and was showing great promise.

On Sunday the big bombshell came when Derry City announced that they had signed one of our top players this season on a two and a half year contract.

We are talking about winger Ryan Graydon who has been the major success story of the First Division this season and he will undoubtedly be a huge loss to Gary Cronin’s squad.

The club don't want to lose such exciting players but the lure of full time football and no doubt better financial returns can't be turned down by any young footballer and we wish him all the best with the Premier Division club.

At this stage Cronin will need to bring in three or four new players to keep the pressure up at the top of the table.

Saying that one has to say that Karl Chambers and Matthew O'Brien who started against Galway were very good and they should be in with a chance of a start in Limerick even with the return of club captain Sam Verdon and midfielder Dean McMenamy who missed the victory over Galway due to suspension.

Hopefully the Town can hit the Treaty net on Friday night and get a victory over Tommy Barrett's side.

One man standing in our way is former Town player Jack Brady who is playing superb football in goal for Treaty. In the previous two meetings between the clubs this season he made some outstanding saves.

Two other former Town players, Joe Gorman and Enda Curran, could feature on Friday but they have some other experienced players in Mark Ludden, Stephen Christopher, Dean George, Conor Melody, Joel Coustrain and Lee Devitt Molloy.

The Markets Field is a hard place to come away with a victory but Gary Cronin has his team playing very  attractive football and let's hope for a first win over Treaty United this season.