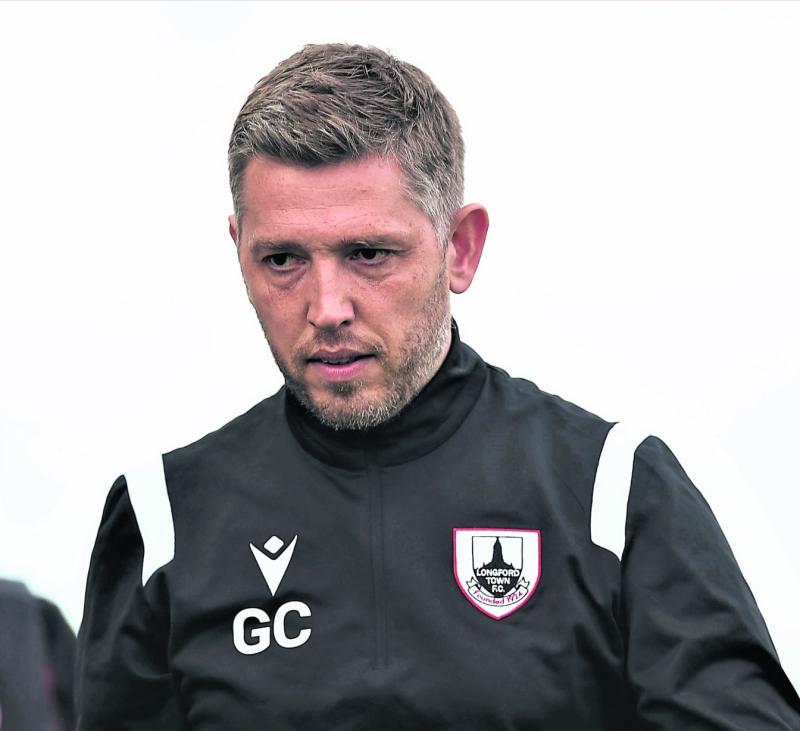 Wexford snatched a stoppage time winner to collect all three points as Longford Town suffered a setback in their quest to consolidate their position in the SSE Airtricity League First Division promotion play-off positions.

Substitute Conor Barry struck to score the killer goal in the third additional minute in a dramatic finish to the game at Ferrycarrig Park on Friday night last.

The Town were punished for slack defending when Barry connected with a cross to find the back of the net with a neat finish as Wexford gained sweet revenge for the agonising 2-1 defeat at Bishopsgate back at the beginning of May.

On that occasion Sam Verdon scored the winner for Longford in the fourth minute of additional time but there was no joy for Gary Cronin’s side this time.

Wexford almost took the lead after just three minutes when a shot from Dinny Corcoran was cleared off the line.

Longford went close to breaking the deadlock in the first half when Sam Verdon had his goal attempt superbly saved by the Wexford keeper Alex Moody.

Former Town player Jack Doherty missed a good chance for the home side just before the break when he shot wide.

Longford were most unfortunate not to find the net in the 50th minute when Cristian Magerusan's goalbound effort hit the crossbar.

A goal eventually materialised in the 71st minute when the Town defence failed to deal with a Doherty corner and Luka Lovic made no mistake from close range to put Wexford in front.

Longford recovered quickly with substitute Karl Chambers scoring the equaliser in the 75th minute after his first effort was blocked.

The game was drifting to a draw but Wexford created one last chance with time almost up and Conor Barry found the space to score the late, late winning goal.

This was a disappointing defeat for the Town who are back in league action against Galway United at Bishopsgate on Monday night, kick-off 7.45pm.