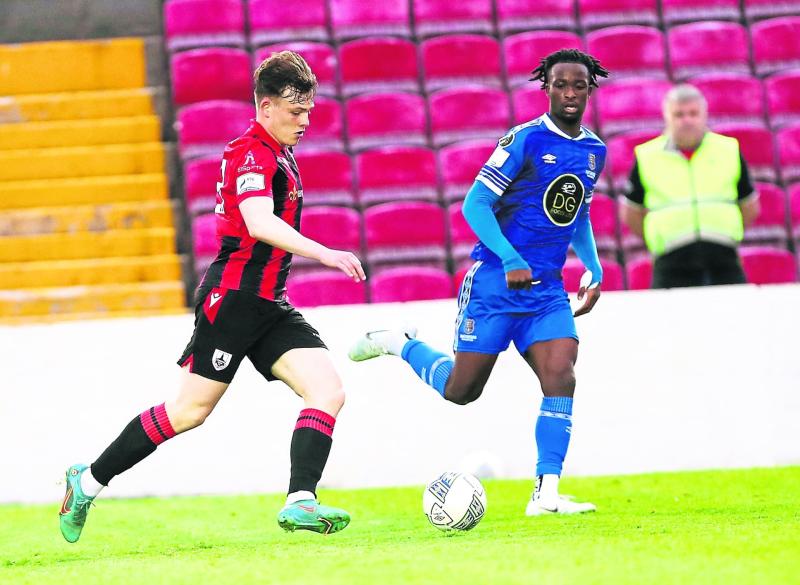 Longford Town play their 16th game of the season on Friday night when they travel to St Colman's Park to play Cobh Ramblers, kick-off 7.45pm.

Cobh is one of the Town's longest trips each season and after last Saturday night's bad defeat to big spending Waterford FC  at Bishopsgate, Gary Cronin’s need to get back on track.

Cobh may be second from bottom of the table but will be a very tough nut to crack especially on their home patch as we know over the years.

Looking at the Cobh performances to date one has to say that they have been so unlucky in so many games with one goal defeats in quite a few fixtures.When the teams met at Bishopsgate in April the Town won 2-0 but they were pushed all the way by a hard working side.

To date Cobh are in eight place in the table with nine points from fifteen games. Their record this season is two wins and three draws with the remaining games (10) all lost.

Last weekend Cobh travelled to the Markets Field and left with a point. Defender Brendan Frahill scored one of the goals with the other coming from an OG from former Town defender Joe Gorman.

Looking at all their results so far one would need to be wary of this young squad of players who will click and when they do some club will suffer and hopefully that isn't the Town.

When Longford defeated Cobh back in April the goals came from Darren Craven who opened the scoring in the 24th minute and we had to wait until the 84th minute for an excellent goal from Eric Molloy to make sure of the victory.

In that game the Cobh defence were immense and they stood firm despite the pressure being put on by the Town.

Despite their lowly position in the table the Cobh keeper Sean Barron and his defence have done well with Brendan Frahill and Michael McCarthy figuring prominently.

Jack Larkin in midfield comes up with some good goals while captain Jason Abbott, who also plays in midfield, is known to have Longford connections.

Up front Cobh can call on Darragh O'Sullivan Connell and Beineon O'Brien Whitmarsh and both are dangerous strikers.

The Town manager Gary Cronin has a bit of an injury crisis at the moment with Darren Craven expected to be out for the season and Ryan Graydon having to be replaced by Karl Chambers on the half hour mark.

Shane Elworthy was replaced after the hour mark and he was replaced by Matthew O'Brien who is showing great promise and the fact that the Republic of Ireland under 19 manager Tom Mohan was at the game to run the rule on him shows that the lad is doing well.

Fit again Michael Barker made a welcome return to the team when he replaced Eric Molloy in a tactical change. Striker Cristian Magerusan replaced Joe Doyle on 79 mins and he showed some nice touches in the final ten minutes or so.

Recent signings Joe Doyle and Joe Power both started their first game for the Town against Waterford. Manager Cronin will be hoping that he will not have any more injuries coming up to the mid-season break which takes place after the Cobh game.

There is no doubt that the Town boss needs to strengthen his squad during the July window.

The mid-season break will hopefully give the walking wounded a chance to get back training with a view to starting for the team.