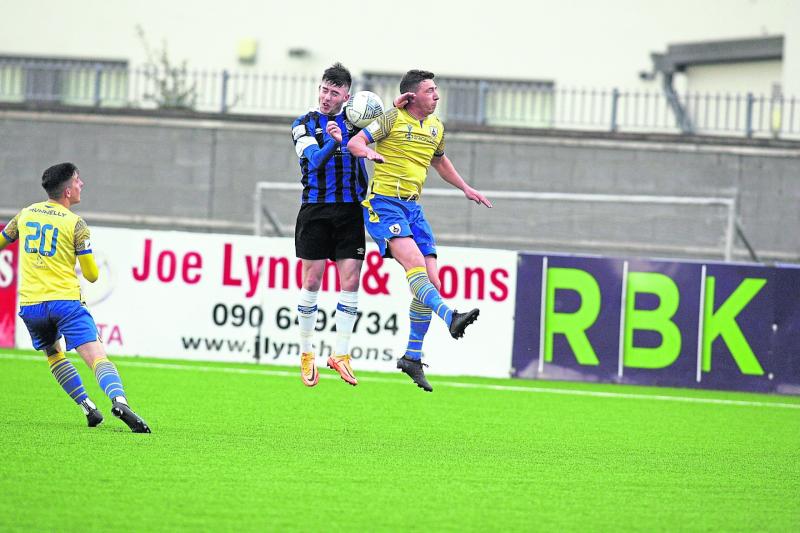 After picking up four points over the weekend in the win over Athlone and the draw against Treaty United, Longford Town face a stern test against Waterford at Bishopsgate on Saturday, kick-off 7.30pm.

People say that the First Division is a forgotten league and when you look at the whole set up – a nine team format to start with is a total embarrassment.

That is what all the teams have to put up with but the clubs just have to move on and make an all out effort to get back into the Premier Division.

There are three full time teams in the second tier of the Airtricity League - Cork, Galway and Waterford - and they are the top three clubs both financially and in the positions at the top of the table.

Waterford have changed hands on a few occasions in recent years and they have been up and down form wise.

This year a lot was expected of Waterford, especially when former Shelbourne manager Ian Morris took over at the RSC after taking Shels back to the Premier Division.

Waterford were the odds-on favourites to bounce back up to the top flight as they retained most of a very strong panel from the previous season and they brought in a few new signings also.

Since the start of the season some of Waterford's results were very erratic and their new manager Ian Morris paid for their poor run as he was sacked some time ago and he was replaced by David Breen who was on his backroom staff. The results since Breen took over are satisfactory.

When the teams met earlier at the RSC, the Town were so unlucky not to take three points after a fantastic performance.

Shane Elworthy, who is having a tremendous season, gave Longford the lead in the 36th minute and it took a last gasp goal (90 + 4) from Louis Britton to snatch a draw for Waterford.

Britton, like many of his team mates, are over here from the UK to push his new club back into the promised land – the Premier Division. Britton previously played with Bristol City where he was very highly rated. Waterford keeper Brian Murphy has at least twenty years experience playing at the highest level. Richard Taylor has come in from Southend, having previously played with Burnley.

Phoenix Patterson has a knack of scoring goals while another attacker Junior Quitirna has joined Waterford from Charlton Athletic.

The team doesn't include all imports as two of the club's most impressive players, Darragh Power and Niall O'Keeffe, have come through the club's underage structures.

There is no doubt that this Waterford team will be very hard to beat especially due to the fact that they are full time but this new look Town side have a lot of quality also.

Longford keeper Luke Dennison had a great game against Treaty on Monday night and his form all season has been a revelation.

Shane Elworthy is in great form and young Ben Lynch is having a fine season having come through from the club’s under 19s.

With Mick McDonnell and Michael Barker on the injured list young Matthew Dunne came into the defence and had a great game alongside the very dependable Dylan Barnett.

With Darren Craven out injured, young Matthew O'Brien has slotted into midfield and like Dunne and Lynch he is showing great form despite his youth.

Dean McMenamy, who missed the Athlone game through suspension, is a very talented midfielder.

Aaron Robinson has really matured this season and  his experience last season in the Premier Division is starting to show progress as a player.

Eric Molloy and Ryan Graydon are causing problems for opposing teams as their work rate is amazing.

While the team captain Sam Verdon is  playing well in the attack, he could do with a target man alongside him and hopefully Gary Cronin may be able to strengthen his squad in the coming weeks.

Two new signings, Joe Power and Joe Doyle, came on in the second half and made their presence felt against  a useful Treaty side.

It was great to see Aaron McCabe and Callum Warfield on the bench on Monday night and we look forward to seeing them back in action very soon.

Getting seven points from their last three games is a great return and the Town will be hoping to extend their current unbeaten run at home to Waterford on Saturday night.