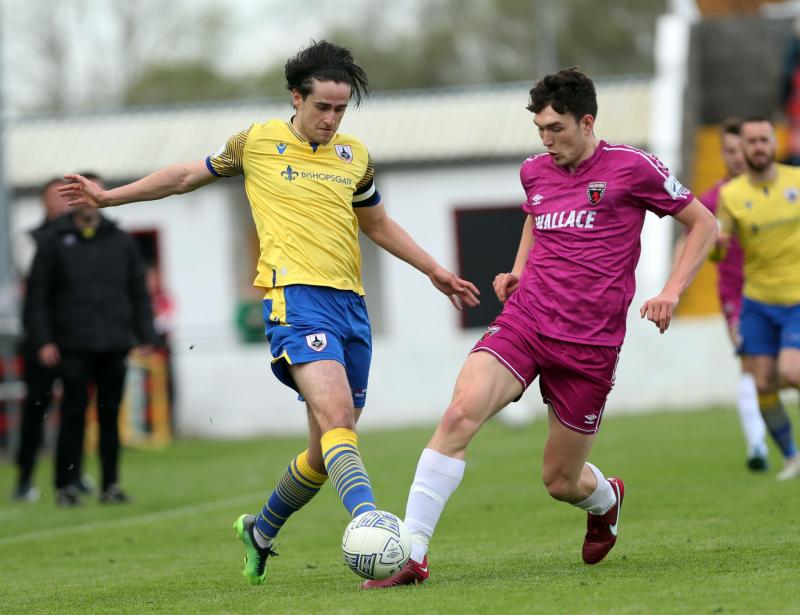 After Wexford defender Lorcan Fitzgerald received a straight red card for a foul on Town defender Ben Lynch, the resulting free-kick taken by Dylan Barnett found Sam Verdon whose close range header hit the back of the net much to the sheer delight of the home supporters.

Just before that dramatic ending, former Longford player Aaron Dobbs almost won it for Wexford when his cracking shot was heading for the roof of the net but hit the crossbar with the Town keeper Luke Dennison producing a terrific save to get a vital touch on the ball.

It was another ex-Town player Jack Doherty that fired the visitors in front from a brilliantly struck free-kick with less than a minute gone in the game.

Longford gradually recovered from this early setback and it was former Wexford player Eric Molloy who equalised for the home side in the 26th minute.

Molloy got his head to a cross from Shane Elworthy and the ball ended up in the net despite a last ditch attempt by a Wexford defender to clear off the line.

The Town were most unfortunate not to take the lead in the early stages of the second half when Ryan Graydon blasted a tremendous volley against the Wexford crossbar.

With the match looking destined to end in a draw, the explosive ending was worth the wait with Sam Verdon popping up to head home the winner with time almost up.

This was a very important victory for fourth placed Longford as they consolidated their place in the promotion play-off positions and will be looking to collect another three points away to Athlone this Friday night.