Longford Town need to bounce back against Wexford at Bishopsgate 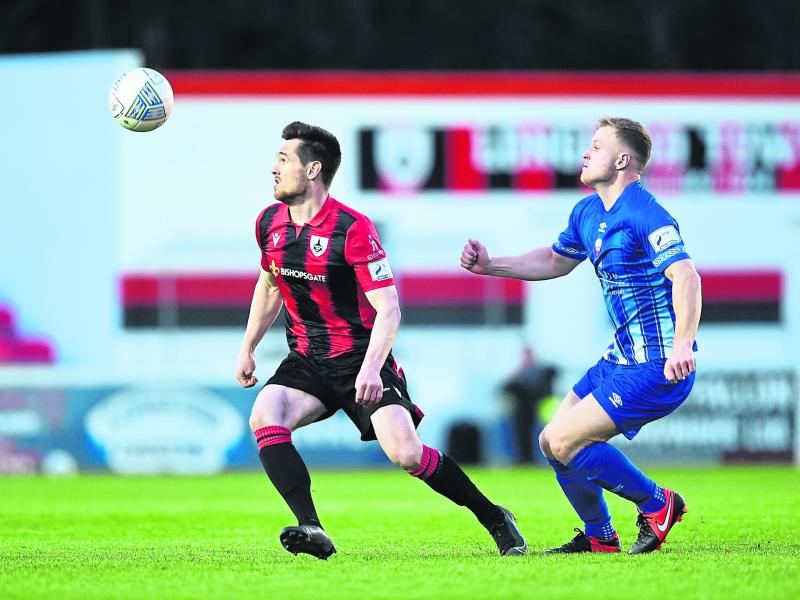 Longford Town need to bounce back against Wexford at Bishopsgate this Saturday (kick-off 7.30pm) after suffering consecutive defeats in the First Division away to Cork City and Galway United.

Six points dropped against the table toppers in the space of four days and now Gary Cronin's side will be tested at home against the improving Wexford outfit.

Wexford also played two games over the weekend and they picked up four points from a win over Athlone and a draw with struggling Bray Wanderers at Ferrycarrig Park.

Wexford drew 1-1 with Bray on the Bank Holiday Monday. Ben Feeney gave Bray the lead on 6 minutes with the impressive Harry Groome equalising for the home side in the 13th minute.

Wexford travelled to Athlone on Friday night last and went away with three points from a 3-0 victory. Adam Wells opened the scoring in the 44th minute and second half goals from Dinny Corcoran (66 mins) and Jack Doherty (90 mins) gave Ian Ryan's new look Wexford side a comprehensive success.

When Wexford and Longford met in Ferrycarrig Park back in the middle of March,  the Town scored a 3-0 win with goals from Dylan Barnett (2 mins), Ryan Graydon (22 mins) and Aaron Robinson (82 mins).

There is no doubt that rookie Wexford manager Ryan has assembled a side that are capable of challenging for a promotion play-off spot and it will be a return to Longford for six of their squad.

Former Town favourite Paul Hunt is still one of the best keepers in the league and if he is playing will be very hard to beat.

Aidan Friel and Joe Manley should be in the visitors defence while Conor Davis and Aaron Dobbs more than likely will be in the starting eleven.

Jack Doherty, who had a very successful season with the Town, is a talented player who can light up a game for football supporters all over the league.

Experienced striker Dinny Corcoran scored his 100th league goal in the 3-0 victory over Athlone which is a marvellous achievement in modern day football.

The signing of Lorcan Fitzgerald was a master stroke by manager Ryan and Conor Barry is also a very good player.

Injuries are beginning to leave Gary Cronin looking over his shoulder points wise but lack of a free scoring forward is putting pressure on the team.

Cronin needs a striker who can score 12 to 15 goals a season but such players are hard to find. Aaron McCabe was on the bench in Cork but missed the Galway game and there is no doubt that he is a prolific goalscorer. Callum Warfield is missing at the moment but Cristian Magerusan came on in the final minutes in the games against Cork and Galway and has plenty of potential.

Wexford will be a tough test for the Town on Saturday but manager Cronin will be looking for a big response in the quest to collect three points at Bishopsgate.

At Bishopsgate Saturday May 7