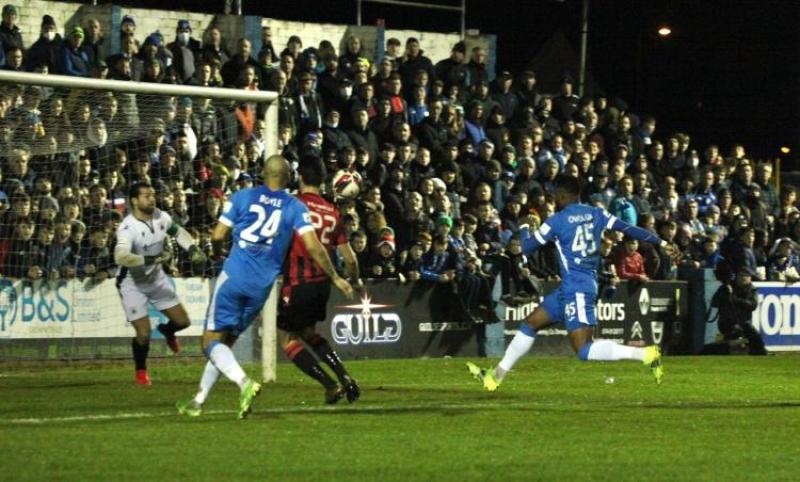 Finn Harps got the result they required to make absolutely certain of their place in the SSE Airtricity League Premier Division next season when they cruised to a most emphatic win over Longford Town in Ballybofey on Friday night.

The Town, under the guidance of caretaker manager John Martin, were no match for the rampant Donegal side who led 2-0 at the break and scored three more goals in the second half to secure their top flight status in avoiding the relegation play-off.

While already relegated Longford had nothing but pride to play for, it was a very disappointing end to a torrid season with the midlanders failing to win any of their away fixtures on their brief return to the top flight.

Goals from Will Seymore’s header, a Ryan Connolly cracker and a Karl O’Sullivan shot that took a huge deflection meant Harps were 3-0 up just before the 50th minute.

With Finn Harps winning with ease, it is second from bottom Waterford who are now facing First Division opponents UCD in the promotion/relegation play-off to determine who will claim the last Premier Division spot for the 2022 season.