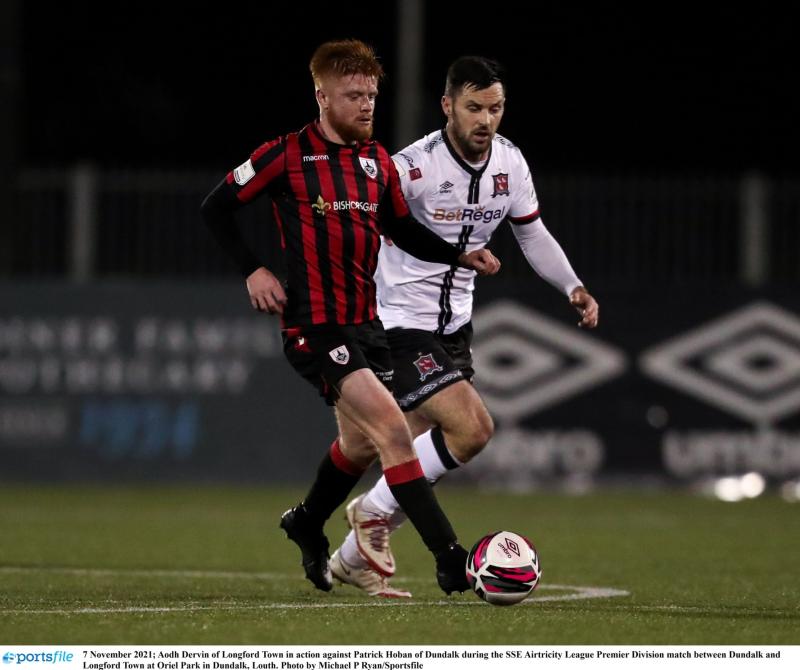 Longford Town, under the caretaker charge of assistant manager John Martin for the remainder of the season following the departure of Daire Doyle during the week, suffered another defeat in the SSE Airtricity League Premier Division when going down against Dundalk at Oriel Park on Sunday evening.

Preparing for a return to the First Division next season, relegated Longford made it difficult for Dundalk with the game scoreless at the break but the deadlock was eventually broken with less than a minute gone in the second half.

After connecting with a left wing cross from Michael Duffy, striker Patrick Hoban directed a header into the back of the net off the underside of the crossbar.

The killer second goal for Dundalk materialised in the 53rd minute when a shot from Sean Murray from just outside the box found a way past Town keeper Lee Steacy to clinch all three valuable points for the home side and keep alive their outside chance of a place in Europe.

Longford play their last home game of the season on Saturday night next when Waterford come to Bishopsgate and the final Premier Division fixture is away to Finn Harps on Friday November 19.