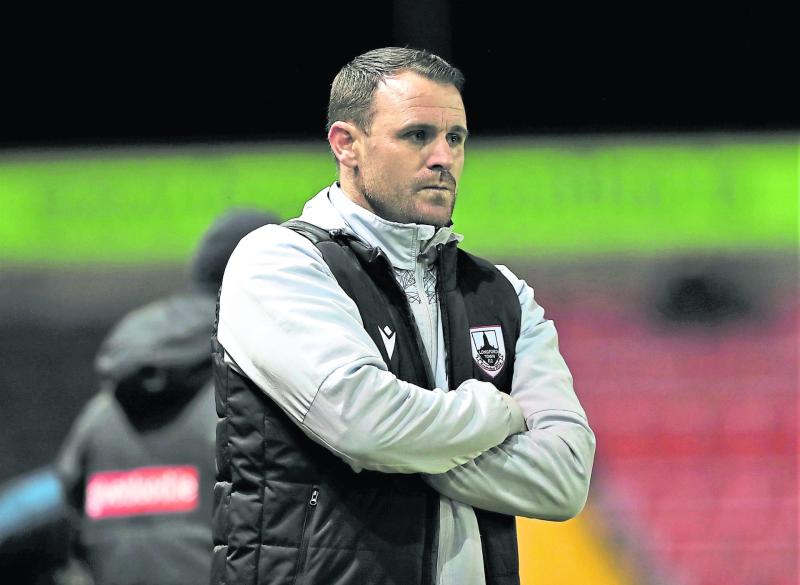 Just when it seemed as if Longford Town were going to come away from the Showgrounds with a deserved draw in the rearranged Premier Division league game on Monday night, Sligo Rovers snatched a late, late winner with Lewis Banks scoring a cracking goal in stoppage time.

The best opportunity in a first half of few chances was created by Sligo when Johnny Kenny flicked the ball into the path of Andre Wright but his powerful shot was just wide of the post.

A fantastic long range strike from Aodh Dervin, all of 35 yards out, in the 53rd minute was saved by the Rovers keeper Ed McGinty as the Town made a strong start to the second half.

Then Longford defender Paddy Kirk fired over a terrific left wing cross in the direction of striker Dean Williams but his header was just over the bar in the 64th minute.

A big chance for Longford to break the deadlock was squandered in the 72nd minute as Aaron Robinson shot over the bar in a lucky escape for Sligo.

Town keeper Mick Kelly (starting instead of Lee Steacy) came to the rescue when he produced a great save to prevent Garry Buckley from scoring for Sligo in the 85th minute.

It was looking like a draw at this late stage but Longford suffered a shattering blow in conceding yet another late goal which has happened so often this season.

Lewis Banks produced a brilliant finish on the volley to find the back of the net as the game entered injury-time.

It was rough justice for Daire Doyle’s side who played so well in the second half but ended up unfortunate losers.

Next up for Longford are Dundalk at Oriel Park on Sunday next (5pm) with just three games remaining in a very frustrating season.