Drogheda defeat confirms the drop back down into the First Division 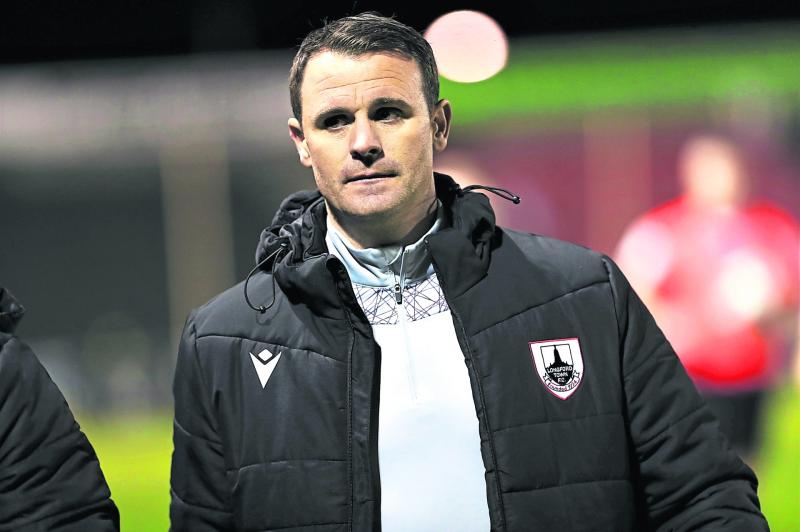 Longford Town’s relegation was confirmed as they fell to their 20th league defeat of the season in the Premier Division clash away against Drogheda United on Friday night.

With six games remaining the Town make the dreaded drop back down into the First Division with just two wins, so far, this season. Both those wins came at Longford’s home ground Bishopsgate.

What has been a problem for Daire Doyle’s side all season was apparent yet again on this occasion; the fierce struggle to get goals in the failure to create chances to test Drogheda keeper David Odumosu.

On 28 minutes Drogheda striker Mark Doyle’s shot came off the butt of the post and fell to James Brown but he should have done better with his effort.

Doyle brought an excellent save out of Town keeper Lee Steacy on 32 minutes as the home side began to pile on the pressure. From a corner on 37 minutes Dane Massey blasted the ball over the bar.

Seven minutes into the second half Drogheda eventually broke the deadlock; a shot from Mark Doyle bounced up off Steacy and fell to Darragh Markey and he made no mistake.

Drogheda doubled their advantage on 66 minutes; Markey’s initial cross was blocked but his second attempt met the head of the impressive Doyle and he found the back of the net from close range with a powerful effort to clinch the home win.