Longford Town looking for a positive result away to Drogheda United 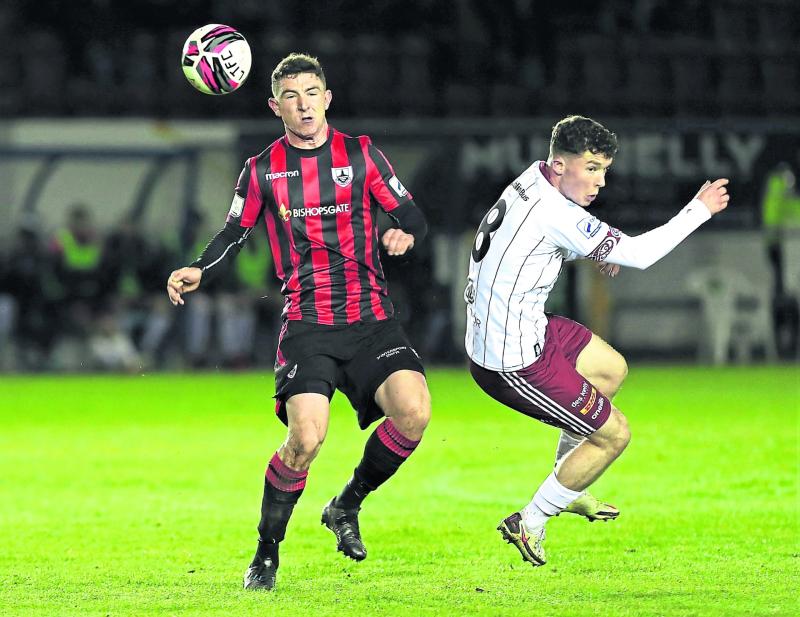 With the league game against Sligo Rovers last weekend postponed due to Republic of Ireland U-21 international call-ups, Longford Town are back in action this Friday night and will be hoping for a positive result away against Drogheda United, kick-off 7.45pm.

Longford go into the final games of the season and with that decided the club should be looking to put the wheels in motion to get a team capable of challenging at the top end of the First Division next season.

Shelbourne are promoted to the Premier Division and Galway United will be in the play-offs and one would not bet against them going up also as John Caulfield is one of the best managers in the league for many seasons.

As the Premier Division stands at the moment Shamrock Rovers, despite their loss to Dundalk at Oriel Park, are going to be back to back champions this season and deservedly so.

When you looked at the Rovers bench on Friday night last it was full of experienced players who would be able to walk into any team in the League.

By all accounts they are in for a financial bonanza with half a million on the way to Tallaght after former keeper Gavin Bazunu picked up his fourth cap for the Republic of Ireland senior side against Azerbaijan. Selling the keeper to Manchester City and European money means that no club will be able to compete with the famous Hoops.

The Town will be rested and ready for their trip to Drogheda who were also idle last weekend. At the time of writing there is no news when the games will be refixed for but the following weekend could be used by some of the clubs to play the back games as that weekend is the FAI Cup semi-finals.

The Town face a tough task on Friday against Drogheda. This season the teams have met on three occasions and there is no doubt that Tim Clancy has the bragging rights over Daire Doyle.

Manager Clancy did a good recruitment job at the end of last season when he made some very shrewd and useful signings. Former Town player Gary Deegan joined Drogheda as did former Dundalk player Dane Massey.

Manager Clancy is a very shrewd man and he has done a great job in charge of Drogheda.

The Town played Drogheda at Bishopsgate in mid-April and were given a footballing lesson by a fairly confident Drogheda side who played some superb football on that occasion.

The scoreline from the first meeting between the clubs was a resounding 4-0 away win for Drogheda.

Mark Doyle scored two goals that night and the other goals came from Hugh Douglas and the very exciting striker Chris Lyons.

The second meeting between the clubs was at the end of May and on that occasion the home side Drogheda had a well deserved victory and they scored four goals, like in the previous meeting, but on this occasion the Town scored a consolation goal.

Ronan Murray gave the home side the lead from an excellent free-kick and Mark Doyle made it two nil with an excellent shot. Drogheda introduced Jordan Adeyemo for Chris Lyons and he scored twice against a very hesitant Town defence that has been leaking goals for most of the season.

The third meeting between the clubs took place in July and this was a much closer game than the two previous fixtures.

Town tormentor Chris Lyons opened the scoring for the visitors after only 14 minutes.

Dane Massey put through his own goal to get the Town back into the game and they did well for the remainder of the match at Bishopsgate which ended in a 1-1 draw.