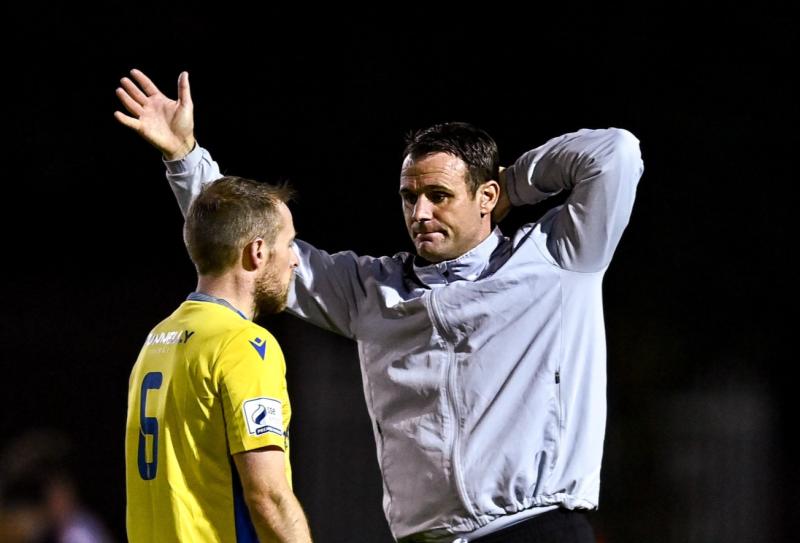 Longford Town are back in action at Bishopsgate this Saturday night (kick-off 7.30pm) when they entertain erratic Bohemians who are chasing a place in Europe next season.

Bohs lost 2-1 against Finn Harps at Dalymount Park on Friday night last and were also in league action on Monday night when they were beaten 2-1 by Dundalk at Oriel Park.

The previous Monday night Bohs played out a thrilling 3-3 draw against Derry City at Dalymount Park but are dropping vital points in the recent run of results.

The Town travelled to the Brandywell on Friday night last to play the highly rated Derry City and as the 3-0 scoreline suggests it was a very easy home win.

Longford went into the game against Derry minus the services of suspended Rob Manley and Aaron Robinson and that was due to outrageous refereeing decisions.

The general unacceptable officialdom is robbing many clubs of players, big fines for suspensions and the poor officials never have to answer to the authorities.

The records will show that Derry won 3-0 in cruising to victory and that has to be expected as there are a big spending club who also have a great fan base.

Talking of fans one has to say a big thank you to the loyal Longford supporters who travelled in big numbers to the Brandywell on Friday night in giving the team great support throughout the game.

On the pitch it was great to see Dean Byrne back to full fitness and he started against Derry.

When you look at the Town bench at the Brandywell, there are comments from supporters as to why some players are not in the starting team but that is the job of manager Daire Doyle.

Nice to see both Callum Warfield and Aaron McCabe (2) scoring for the U-19’s against Limerick side Treaty United at Bishopsgate on Sunday last. With Rob Manley ruled out, why didn’t either of those players feature against Derry!

At this late stage of the season the club need to be planning for a return to the First Division and some big decisions need to be made.

When you look at Waterford at the beginning of the season and see where they are now in the league table, one wonders if some changes at Bishopsgate might have moved the Town up the table also.

The time for excuses is gone at this stage and action needs to be taken to get the club back on track after such a torrid season.

No matter what the management says the club are not going to survive in the top flight despite some good performances against the bigger clubs.

It was the displays against the lesser clubs that has Longford heading back to the First Division.

Despite the lost cause this season, we hope our loyal supporters will come out in large numbers for the match against Bohemians on Saturday night and the remaining home fixtures in the Premier Division.

Bohs have a very strong squad with many cross channel players coming in over the last few years and their trump card is superb striker Georgie Kelly.