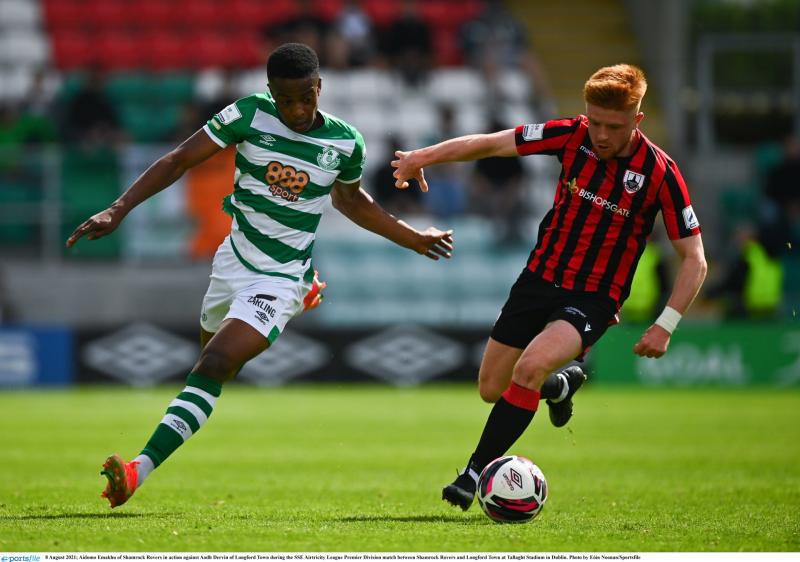 So unlucky to suffer a sickening defeat against the league leaders Shamrock Rovers at Tallaght Stadium last weekend, Longford Town are back in Premier Division action in a must win match against Finn Harps at Bishopsgate this Saturday evening, kick-off 7.30pm.

With only 13 league games left this season, the situation is rather bleak for Daire Doyle and his struggling Town team. The fact is that it's 22 games since Longford’s only victory in the top flight this season when the midlanders scored a surprise success in the opening round.

Since that first fixture, the Town have drawn eight games and lost fourteen - the same amount of defeats as Waterford who were bottom of the table behind Longford at one stage earlier in the season.

The big problem for the Town is the lack of a cutting edge when it comes to scoring crucial goals and also not being able to hold out for results as what happened on many occasions this season.

The arrival of new manager Marc Bircham to replace former Republic of Ireland star Kevin Sheedy made an immediate impact at Waterford as the positive results have shown in their surge up the league table.

Since taking over from Sheedy in late May, Bircham has guided Waterford to five crucial wins in the league and the former QPR player has certainly turned things around.

Finn Harps, the visitors to Bishopsgate on Saturday, now find themselves in the relegation play-off position but the Donegal club got a big boost in their bid for survival when they beat Sligo Rovers last weekend.

Harps are now a massive 12 points ahead of Longford who appeared to be heading for an immediate return to the First Division but will be given a glimmer of hope should they succeed in beating Ollie Horgan’s physically strong side.

Dean Williams and Darragh Nugent, who are on loan to Longford from Shamrock Rovers, were not permitted to play against their parent club at Tallaght Stadium on Sunday last but both could start against Harps.

Ruled out through injury were Shane Elworthy and Dean Byrne and that opened the door for a rare start for young Matthew O’Brien in a midfield role against Rovers.

For the third time this season the Town suffered a last gasp heartbreak with Rovers scoring the winner in the fifth minute of additional time.

Supporters present at the game were left wondering where the extra time minutes came from, not for the first time this season as the Town were dealt a cruel blow.

Finn Harps will be in a confident frame of mind after the fine 1-0 win against Sligo Rovers at the Showgrounds with central defender Rosovar Sadiki scoring the crucial only goal.

Sligo created many chances in the game but were denied by Harps keeper Mark McGinley who produced a man of the match performance.

Harps had midfielder Mark Coyle sent-off for two yellow cards and thus he will miss the match at Bishopsgate on Saturday night.

Suspended against Sligo was Shane McEleney and he will be expected to be back in the team for the showdown against Longford.

In the two previous meetings between the clubs this season, its honours even with a couple of draws. The first meeting was at Bishopsgate back at the end of April and the game finished scoreless.

The next fixture at Finn Park ended in a 1-1 result with Aaron Dobbs getting the Town goal in the early stages of the game, only for Harps to equalise soon after with Tunde Owolabi finding the back of the net.

Nothing less than a win is needed for Longford in the uphill battle to avoid automatic relegation and hopefully the home supporters will have something to shout about as Daire Doyle’s side seek their second victory in the league this season.