Longford Town away to UCD in the second round of the Extra.ie FAI Cup

A repeat of the First Division promotion play-off last season 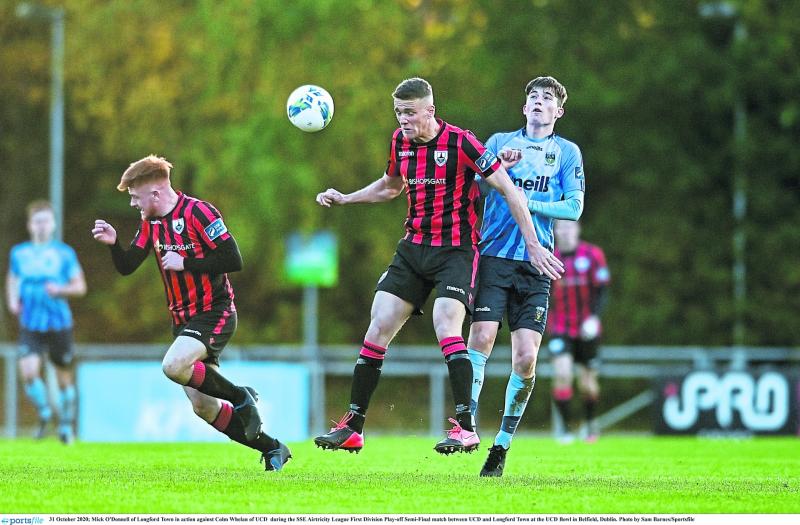 In a repeat of the First Division promotion play-off last season, Longford Town will be back at the Belfield Bowl at the end of August for the Extra.ie FAI Cup second round clash against UCD.

Friday August 27 is the probable date for this tricky tie against the students who scored a fine 2-0 win at home to the current First Division league leaders Shelbourne in the previous round.

After beating UCD 3-2 in a real thriller after extra-time in the first of the 2020 promotion play-offs, Longford will be hoping to repeat that result in their quest to qualify for the FAI Cup quarter-finals.

Shamrock Rovers will travel to Dalymount Park to face Dublin rivals Bohemians in what is unquestionably the major attraction in the second round of the Extra.ie FAI Cup

The draw, which was completed on RTE 2fm by soccer pundit Alan Cawley on Tuesday evening, will also see Leinster Senior League side St. Mochta's head to Oriel Park in the hope of causing a big upset against the FAI Cup holders Dundalk.

Dates and kick-off times will be confirmed in due course with all matches set to take place over the week ending Sunday, August 29.