Next league fixture against Bohemians at Dalymount Park on Sunday, kick-off 4pm 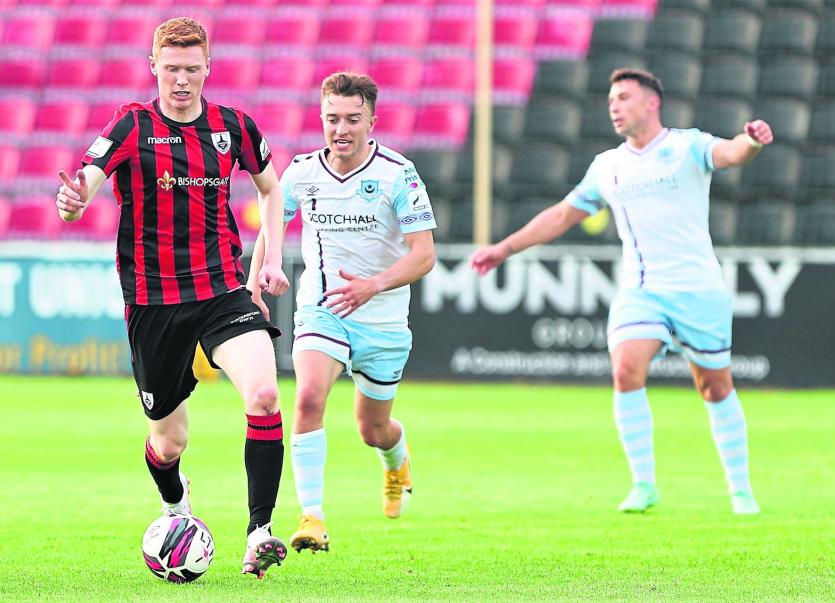 Longford Town’s 1-1 draw against Drogheda United at Bishopsgate on Saturday night last may have been a point gained after they came from behind but manager Daire Doyle is disappointed that they didn’t claim a vital victory.

“Something that did look like a possible two horse race, if we can get the results we are after, it could become three. There’s loads to play for.”

Longford went behind to a Chris Lyons goal in the 14th minute. The Town defence weren’t alert when Luke Heeney played in a corner. Doyle wasn’t happy with the way his side conceded the goal.

“We are disappointed in the manner of the Drogheda goal and how it was conceded; it’s a header from three yards out. There’s a couple of questions to be asked of a couple of people, which were asked in there. It’s not acceptable and not good enough for us to concede goals in that way.”

Doyle made changes on the hour mark and brought on Rob Manley, Matthew O’Brien and Aaron Dobbs. The changes had the desired effect as Town pressed for an equaliser which they got in the 76th minute.

Doyle said: “You look at Rob (Manley) coming on, on the right hand side and he did really well there. You look at Dobbsy and he can count himself unlucky that he’s been left out of the team. I think there are loads of positives.”

The Town boss started new loan signings from Shamrock Rovers, Dean Williams and Darragh Nugent,  on Saturday night. Doyle hopes to bring in more new faces and is delighted with the backing he received from the club.

“We are delighted to be able to bring in a few players this week and it freshens the squad up. You could probably see the attacking threat there tonight when you looked at the bench.

“I’m thankful that the club have backed us in bringing players in. I’m going to continue to work to try and bring some players in. If we can do that I think that it can help the group. There is a great group in there.”

The Town are six points adrift of Waterford at the bottom of the table. The draw on Saturday was their seventh of the season and in previous games they failed to back up a positive result in their following game. Doyle knows they need to be consistent and build on this result.

“We’ve had it before; the Dundalk draw and then lose a tight game. These are all big games for us. I say it to them every week “it has to be the game of their life”.

That’s the way we have to take it. The group are aware of that; that’s the pressure that we play under,” stated the Longford Town manager.