Longford Town snatch a point in draw against Drogheda United 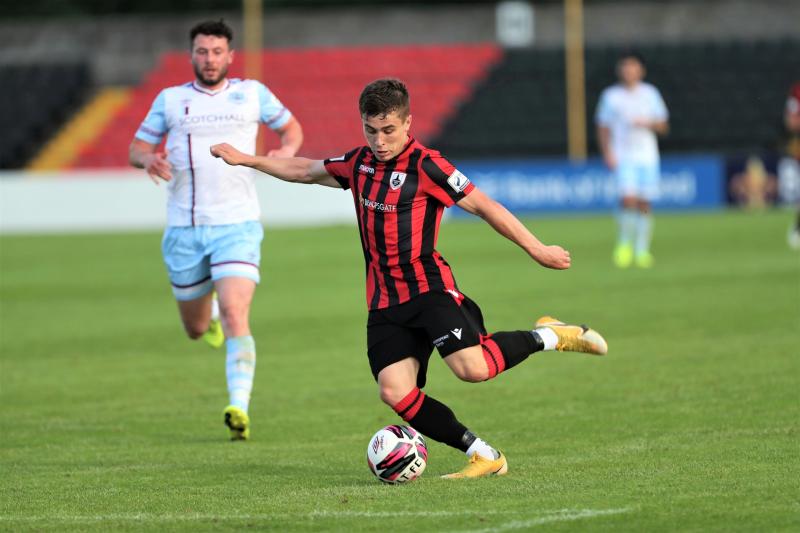 A flicker of hope perhaps in their fierce battle to avoid automatic relegation from the SSE Airtricity League Premier Division as Longford Town, starting new loan signings Darragh Nugent and Dean Williams, snatched a point in the draw against Drogheda United at Bishopsgate on Saturday night.

With Waterford winning away against Finn Harps the previous night, the pressure is piling on Longford and it was a very frustrating doom and gloom scenario for most of the match with Drogheda breaking the deadlock with just 14 minutes gone on the clock.

A Luke Heeney corner connected with the head of Chris Lyons who directed the ball into the back of the net in an otherwise desperate first half and things almost went from bad to worse when the crossbar denied Mark Doyle a second goal for the visitors in the 58th minute.

Fortunate not to be dead and buried, the Town were thrown a lifeline when Dylan Grimes got a vital touch to evade the opposing keeper David Odumosu in creating the equaliser as the ball was deflected into the net by Drogheda defender Dane Massey in his frantic attempt to clear the danger in the 76th minute.

The triple substitution switches made by manager Daire Doyle in bringing on Rob Manley, Aaron Dobbs and Matthew O’Brien in the 60th minute improved matters as Longford showed a lot of character to pick up a point in their seventh draw this season.

And a most unlikely home victory might have materialised with Rob Manley going close with a header in the 79th minute after connecting with a cross from Grimes.

There was also a late chance for Drogheda to snatch a winner when a header from substitute James Clarke drifted narrowly wide of the post in the 87th minute.

Longford, who missed the driving force of the suspended Aodh Dervin in the midfield battle, are now six points adrift at the bottom of the table and next up are Bohemians at Dalymount Park on Sunday July 18.

Subs:- James Clarke for Markey (60 mins); Jake Hyland for Heeney (63 mins); Dinny Corcoran for Lyons and Mark Hughes for Doyle (both in the 71st minute).