Drogheda United the visitors to Bishopsgate on Saturday, kick-off 7.30pm 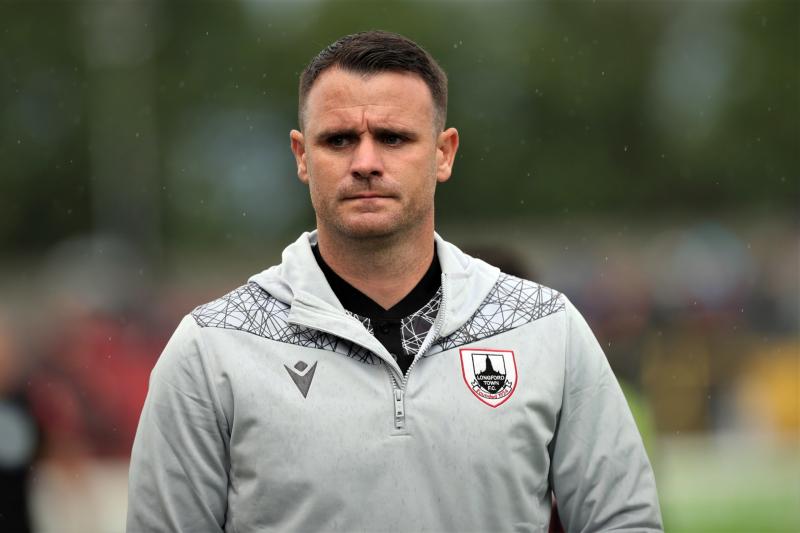 Longford Town manager Daire Doyle was pleased with his side’s performance against Sligo Rovers on Saturday last but unfortunately it didn’t yield a positive result as they fell to another defeat; their 12th of the season.

Doyle said: “The lads have performed there this evening and we haven’t picked up points. We are disappointed we were unable to do that.

“Ultimately that’s what it comes down to; we do want to get results. The performance is there, we just want to take some of the chances we are creating and not to be giving things away.”

Longford started the game well but their inability to put away their chances proved costly once again. The Town boss said: “You look at the start of the game and we had two very good chances; particularly the first one for Aaron Dobbs.

“We need to be scoring those opportunities when you are playing against a side like Sligo. We actually started the game really well. We made it difficult for Sligo and they probably got a foothold on the game after the goal.”

The only goal of the game came from the penalty spot. It was Romeo Parkes’ experience that won him the penalty. That’s something that the Town are missing; a number of experienced players.

Doyle said: “We know we have come up from the First Division. We are playing against teams; full-time professionals and some of them have far more resources than us, that allows you to bring in those experienced players.

“We have what we have and I’m delighted with the players that we have, they give us everything in the games. We have to accept what we have and those lads have to be pushed to the max to work for our club, and they do that.”

With the transfer window now open the Longford manager is hoping he can bring in some players who can hopefully help them move off the bottom of the table.

He said: “If we can bring in a player or two in the next few weeks. We most definitely look to do that. If we can get in a couple next week, we are looking to bring in one or two others. We are looking to improve the squad. Plenty of work to do over the coming days.”

“We feel we have a good enough group here that can do that. We are very positive that we can catch Waterford. We feel we can do that and maybe catch another team ahead of us. There is a long way to go; 17 games left to play.”

With 500 supporters allowed back on Saturday night last, Doyle said the supporters made a huge difference. “Great to see so many in the ground. You can feel the difference with the atmosphere, it’s great to have them back and we hope they turn up in numbers on Saturday against Drogheda and get behind the lads.”