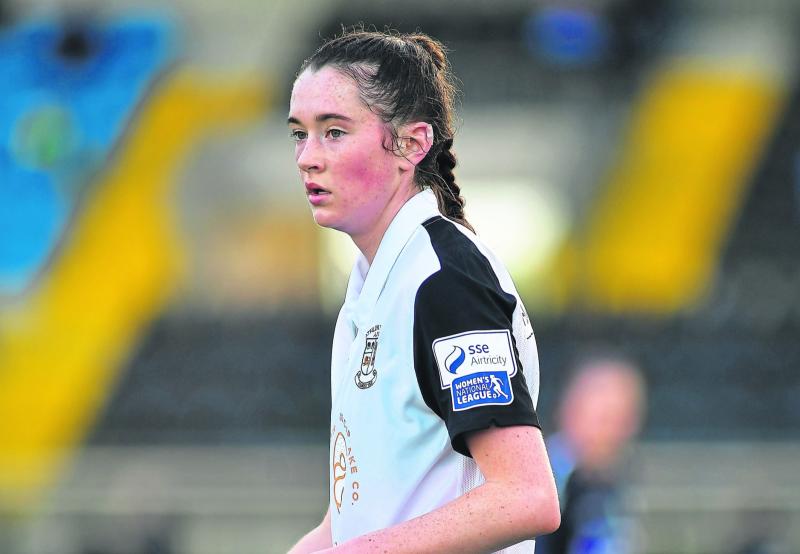 17-year-old Melissa O'Kane from Ardagh who has been selected for the Republic of Ireland Women’s Under-19 soccer squad Photo: Frank McGrath

17-year-old Melissa O'Kane from Ardagh (pictured in action for Athlone Town FC ladies in the Airtricity Women's National League) has been selected for the Republic of Ireland Women’s Under-19 soccer squad for the international friendly double-header against Northern Ireland this week.

The Girls in Green will act as hosts for the first game this Wednesday, June 9th at the AUL Complex in Dublin (kick-off 3pm) before travelling up to Belfast for the second fixture on Friday, June 11th at Queen's University, kick-off 4.30pm.

It is 15 months since the Republic of Ireland Women’s Under-19s played a game. For Head Coach Dave Connell, this is a welcome return to action even if it is the first time that he, and his staff, will be working with this particular group of players.

The games are needed, however, as the Republic of Ireland U-19s have the 2021/22 UEFA Women’s Under-19 European Championships circled on their calendars with qualifiers against England, Northern Ireland and Switzerland to come later this year.

It is a great honour for the young Longford lady who has been producing some terrific performances in midfield for Athlone Town in the National League. Melissa is also an accomplished GAA ladies footballer with Grattans and Longford minors.