Next up are league leaders St Pat’s at Richmond Park this Friday evening, kick-off 5.45pm 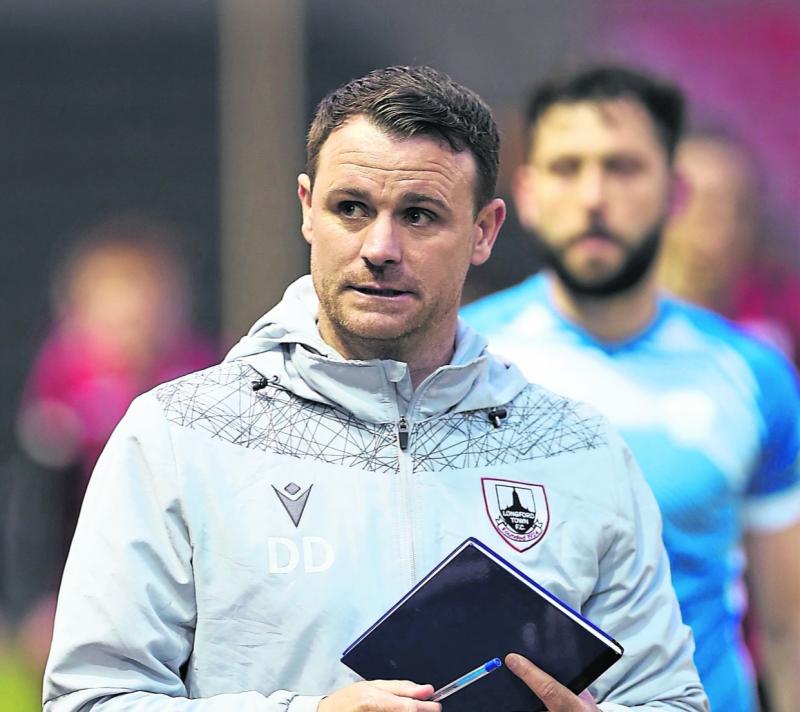 Longford Town manager Daire Doyle was critical of his side’s performance after they lost 1-0 away to Waterford on Saturday evening last.

The only goal of the game came in the 9th minute and it was a mistake made by the visitors at the RSC.

Doyle said: “We gifted them a goal very early in the game. It gave them something to hang on to and they did that. From our point of view it was a really disappointing goal to give away because we were under no trouble whatsoever.

“It’s a goal from nothing and it’s our mistake and we get punished. Any team in this league will punish you if you make mistakes. We are not happy with that.”

After Waterford defender Kyle Ferguson was sent-off in the 61st minute, the Town enjoyed a lot of possession but they didn’t carve out too many goal scoring opportunities.

“We were half an hour against 10 men and I don’t think we did enough to get anything from the game, which was really disappointing.”

Longford were sluggish at times and their passing was terrible. The Town boss had no answers to why his side’s performance was very poor.

He said: “You can make excuses but the passing and the quality wasn’t where it needed to be for us to give ourselves a chance of winning the game. Too much of our passing didn’t get there, got held up. We got caught a lot of times.

“Massive difference in comparison to the urgency in our game last week, to this week. We didn’t do enough. What is important is the reaction to this defeat.”

Rob Manley playing as a lone striker was isolated at times and the Waterford defence marshalled him well. Putting another player alongside Manley was something the Town boss considered and that didn’t happen until Waterford went down to 10 men and Manley was already replaced.

Doyle said: “It was something that we looked at. We have people there in the team, like  Conor Davis who can play in that position. There are options that we have. We have other options on the bench.

“Once they went down to the 10 men we did change it a little bit; we went 3-5-2. We have plenty of players who are more than capable of impacting on the game; against Waterford  they didn’t do that.”

Next up for the Town are three tough games in the space of a week, starting with St Pat’s away on Friday evening.

The Town boss is fully aware of how important it is that his side don’t repeat the performance against Waterford.

He said: “We have a group there that can react and respond to that. There’s big games on the way.

“It’s a tough finish to the end of the first series of fixtures. St Pat’s are in really good form; playing some good stuff. It won’t be an easy game. It’ll be a really tough one because they have started so well. It’s something that we need to be ready for.”