Round 7 fixture at the RSC this Saturday: Kick-off 6pm: Live on WATCHLOI.IE 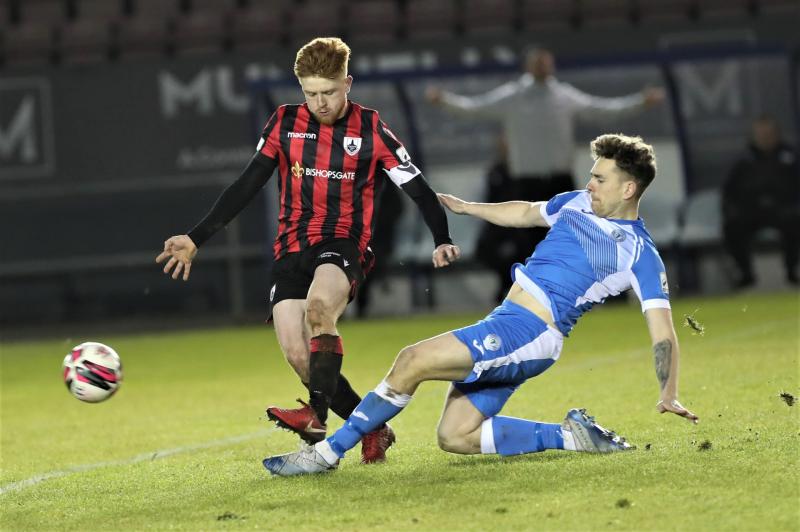 Longford Town are back on the road again when they travel to play Waterford at the RSC this Saturday evening, kick-off 6pm.

With regards to survival in the Premier Division this season, this is a very crucial clash with very valuable points at stake.

After the hard earned draw at home in the tough battle against Finn Harps on Tuesday night, Longford will be looking for another positive result at the RSC.

Waterford are now managed by former Republic of Ireland star Kevin Sheedy and he has Mike Newell as his assistant, a high profile combination.

After their excellent result in winning away to Derry City, Waterford will be in a fairly confident frame of mind in the belief that this a good opportunity of coming out on top against newly promoted Longford Town.

The blues lost 1-0 at home to Bohemians last weekend and could have had more points on the table at this stage of the season. It was the same story in the 1-0 defeat against St Patrick’s Athletic at Richmond Park on Tuesday night.

Waterford boss Sheedy made a few changes for the clash against Bohs with reports of some problems in the camp but the management team remain in place.

Experienced goalkeeper Brian Murphy was left out of the squad on Friday night last and he was replaced by Paul Martin who produced a magnificent performance as Bohs were restricted to just one goal.

Martin came through the Waterford U-19s and the current senior squad includes quite a few loan players from all parts of Britain.

Two other defenders, Jamie Mascoll on loan from Bolton and Cameron Evans on loan from Swansea City, are only 20 years old but they are well coached and a big asset to Kevin Sheedy in the quest for vital points in the top flight of the SSE Airtricity League.

Another defender Darragh Power has also graduated from the Waterford U-19s as has midfielder Tunmise Sobowale.

Other midfielders Adam O’Reilly and James Waite are on loan from Preston and Cardiff respectively while there is a very interesting player in the Waterford attack, none other than former Republic of Ireland international Daryl Murphy.

38 years old Murphy played for the blues against Longford Town in the 2004 FAI Cup Final and is still a threat at League of Ireland level but it looks like injury will rule him out of the league game against the midlanders on Saturday evening.

Daryl played 21 times for the Republic of Ireland with Newcastle United, Nottingham Forest, Ipswich and Bolton some of his former clubs in the English League.

Eric Molloy, who played with Wexford before departing to play for clubs in Poland and New Zealand, was on the bench against Bohs last weekend.

The Waterford squad include many promising young players who have come through from the club’s U-17s and U-19’s while Oscar Brennan, who played for Shelbourne last season, missed the match against Bohs for some reason or another as rumours of unrest persist.

No matter what is happening in the southern club at the moment, there is no doubt that Wateford are a very committed team who will make it tough for Longford Town at the RSC.