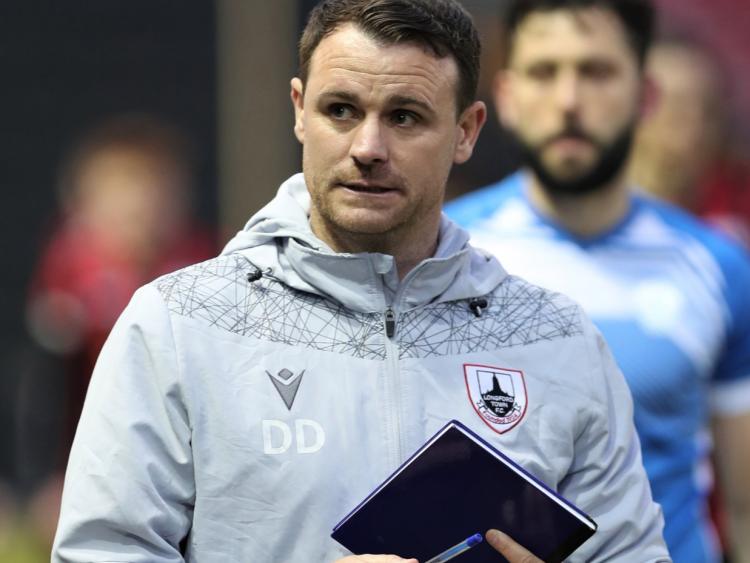 After the disappointment of not getting something from the game against Shamrock Rovers in the previous round, Longford Town manager Daire Doyle was pleased his side were able to secure a point against Finn Harps in the scoreless draw at Bishopsgate on Tuesday night.

Doyle said: “We played very well against Rovers and did deserve more and didn’t get it. There is no point looking back; a few decisions didn’t go our way but what’s important was the next game against Harps and getting a performance from the team.

"We have got a 0-0 result against a really difficult team to play against. Harps have made a really good start to the season and it was a close fought game. I felt we matched them in all departments. It was a game of few chances from either side.”

Finn Harps will feel aggrieved that they didn’t get a win as they created the greater chances. Longford didn’t do too much to trouble Harps keeper Mark McGinley.

The Town boss said: “It was difficult. They are a Finn Harps team that started to drop deep together as a force. We had Rob (Manley) up front and he likes to find those spaces in behind but they made it difficult.

"They are a tough team to play against, again we had one of few chances, not enough to win the game. To take a point and build into the next game. We’d be happy enough with that.”

Longford Town are away to Waterford on Saturday evening (kick-off 6pm) in a game that is hugely important for both sides.

Doyle said: “These are games that we are looking at going in to win. We wanted to win against Finn Harps and we will do likewise at the weekend.

"Waterford are down there around us so if we can get a win at the RSC it’s going to really stand to us for the games ahead. Once the weekend is over there’s games to come against St Pat’s and Dundalk.”

Waterford are two points behind the Town in the Premier Division table and a win for either side, even at this early stage, could be important when the season ends. Every point matters.

“We need to get results against the teams around us. That’s going to be key when it comes to the final stages of the season. These are the games that we need to be taking something out of. We go into the match against Waterford in a positive mood after a couple of good performances,” commented Doyle.