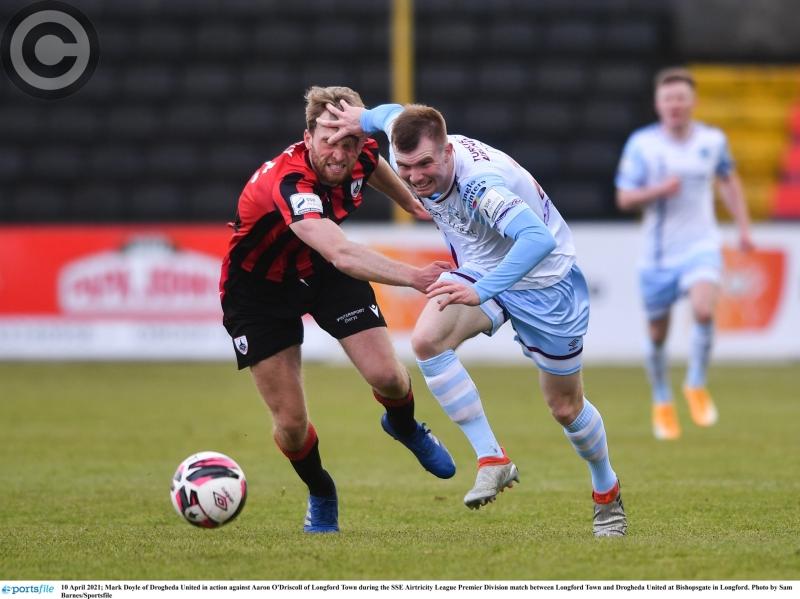 Things are hotting up in the Premier Division in the scramble for vital league points and it does not get any easier for Longford Town who play two fixtures in the space of four days.

First up is a daunting task against the current champions Shamrock Rovers at Tallaght Stadium this Saturday evening (kick-off 6pm) while high flying Finn Harps are the visitors to Bishopsgate the following Tuesday (kick-off 7.45pm).

Harps sit in joint top position on the table alongside St Patrick’s Athletic while Shamrock Rovers are on eight points in third place following wins over Derry City (played on Tuesday night) and Dundalk and draws against St Pat’s and Sligo.

In the clash of the Rovers at the Showgrounds on Saturday evening last, Sligo looked like picking up all three points when they were gifted the lead goal after the opposing keeper Alan Mannus made a rare mistake in the 82nd minute

With time running out it was looking bleak for Shamrock Rovers but they snatched the equaliser in the closing stages of the match and while substitute Rory Gaffney claimed the credit it was apparently an own goal.

Looking at the Rovers team that played in Sligo it is clear to see the top quality players that the Hoops manager Stephen Bradley has at his disposal.

The signing of exciting young prospect Daniel Mandroiu from Bohemians is another big boost for Shamrock Rovers in their quest to retain the Premier Division title.

Rory Gaffney, who played with Cambridge in the English League, was on the bench against Sligo while Roberto Lopez, Joey O’Brien, Gary O’Neill and Dean Williams were also not in the starting eleven at the Showgrounds.

After the very disappointing 4-0 defeat against Drogheda at Bishopsgate last weekend, the Town manager Daire Doyle has a tough job to lift the lads for the clash against the champions.

Having said that, if Longford had taken their chances in the first half the result might have been so different against Drogheda. Admittedly, injuries are posing big problems for the Town management and let’s hope that the situation does not get any worse.

Playing the best team in the country is a major test for the young Town team but they will undoubtedly give it their best shot in the hope of getting something from the game at Tallaght Stadium.