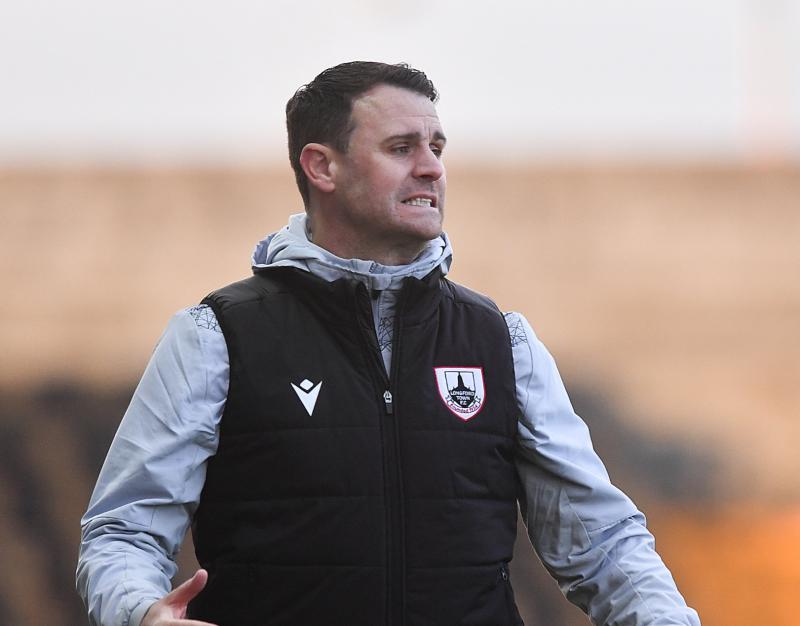 Longford Town manager Daire Doyle was honest in his assessment after his side were beaten  4-0 at home to Drogheda United on Saturday evening last.

The visitors were full value for their win and Doyle couldn’t hide his disappointment in the manner in which his side fell to their second defeat in the space of a week.

He said: “Probably a wake up call for us. Disappointing it is that we weren’t able to get ourselves back into the game because we wanted a reaction.

“I think the first half was even in large patches. For the first 20 plus minutes I thought we controlled it with Dylan Grimes, in particular, causing them a number of problems. He was excellent for us all night, to be fair.

“They’ve gone ahead at half-time and that put us under pressure. Disappointing it is that we weren’t able to get ourselves back into the game. They picked us off and it was a professional performance from Drogheda.”

Drogheda scored three times in a sixteen minutes spell in the second half and Doyle was frustrated with the goals his side conceded.

“We are disappointed with the second half display; not being able to get back into the game and allowing them to score some soft goals from our side of things.

“We are disappointed with that and will look at it and try and work on what we have to do better. That can’t happen to us because when it does we will be punished.”

Last season in the First Division Longford’s biggest downfall was consistency. The Town boss admitted there are a few things they need to do right if they want to get something out of games.

“We need to perform, we need to work hard and we need to stay in games. If we do those things we shouldn’t give away some of the soft goals we did against Drogheda and we’ll give ourselves a chance.”

Longford’s next game is away to reigning league champions Shamrock Rovers on Saturday evening.

Doyle said: “It’ll be a major test for us. We can’t be down all week thinking about the defeat against Drogheda.

“We have to put things right in training and we need to put in a performance. We need to be prepared for what’s going to be coming from Shamrock Rovers. It’ll be a difficult game again.”

Doyle is hoping to see a reaction from his side after a below par performance against Drogheda.

“We have to lift ourselves up and get ourselves ready for the game against Rovers. There is no point being down in the dumps. It’s a tough league. You’ll be punished if you’re not at it.”

After four games the Town have four points and Doyle is happy with the way things have gone, so far, apart from the performance against Drogheda.

He said: “Every single point that you pick up is important in such a tough league. We were disappointed not to get a draw against Sligo but let’s be honest we didn’t deserve anything from the game against Drogheda.”