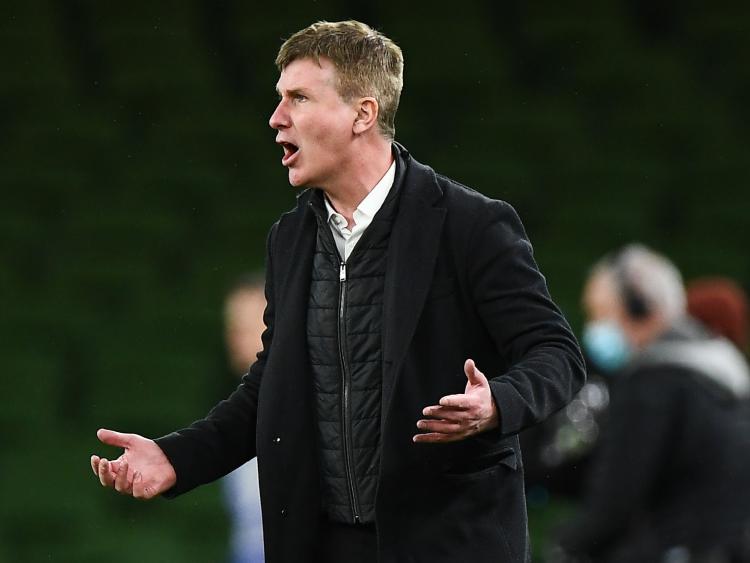 Republic of Ireland face Qatar in an international friendly in Debrecen, Hungary this Tuesday night in the final match of a three-game camp with the manager Stephen Kenny seeking his first win in charge of the senior squad.

Under the guidance of the former Longford Town boss, Ireland have suffered two defeats in the World Cup qualifiers against Serbia and Luxembourg but will look to end the March international window on a high with victory over Qatar.

Where to Watch: RTE 2 & Sky Sports

Defenders Matt Doherty and Enda Stevens didn't travel to Hungary due to injury. The squad who have travelled are all fully fit with manager Stephen Kenny set to make changes to the team that lost against Luxembourg.

"We played 3-4-1-2 against Serbia and thought it worked brilliantly. I thought it was one of the best displays by an Irish team away from home in recent years and we played very well, lost a narrow game. We made one or two mistakes and got punished in the end which I was disappointed with but I thought the overall display was excellent.

"(On Luxembourg) We had the lion’s share but admittedly we shouldn’t be losing it. It’s a home game against Luxembourg and we are expected to win. We didn’t deserve to lose but we must do better."

"The young lads coming through need to step up now. This is the international stage and you're here for a reason so it's down to us to ultimately perform and perform when we are asked to.

"It was really disappointing after the game on Saturday, a really really bad result against Luxembourg ultimately but we're looking forward to the game against Qatar tonight, and trying to put things right. There's a real energy to do that. You can sense it from around the group."