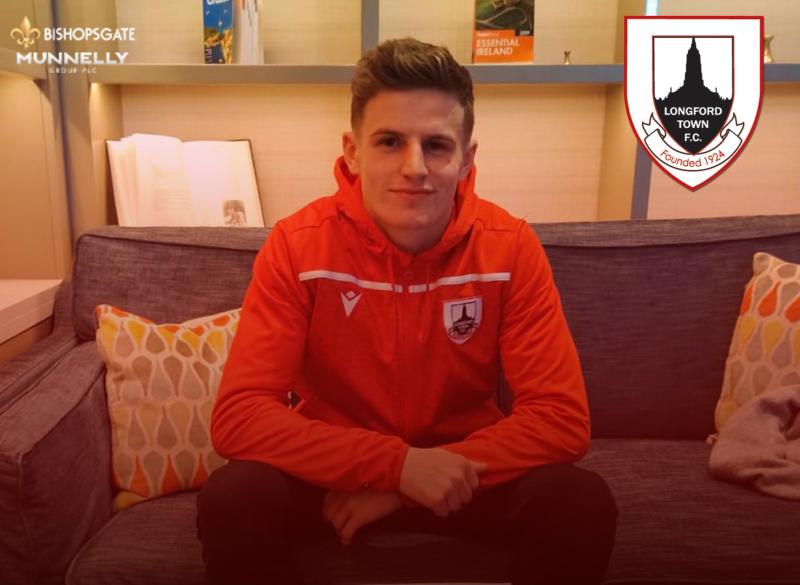 Longford Town FC are  delighted to announce the new signing of 19 year old winger Callum Thompson from Bohemians FC with Paddy Kirk also on his way from the Dublin club to play at Bishopsgate next season.

Callum, who spent last season on loan at Bray Wanderers, started out at St. Joseph's before making the move to Wolverhampton Wanderers at U-18 level and progressed as far as their U-23s before returning home and signing for Bohs.

The another new signing Paddy Kirk was highly regarded when on the books at Bohemians and will bring a wealth of experience to the Town team.

Over the past couple of weeks, Longford Town manager Daire Doyle has been very busy getting organised for the commencement of the 2021 Premier Division campaign which is due to kick-off at the end of February.

The Town boss has re-signed the following players for the return to the Premier Division and lets hope it will be a fruitful move up to the top flight of Irish soccer.

We all know that Daire Doyle and his assistant Johnny Martin are so busy at the moment in getting the rest of the squad re-signed and, of course, we need to strengthen our squad with new players if we are to be competitive in the Premier Division.

In no particular order, the following players have re-signed so far for the 2021 season.

Goalkeepers Lee Steacy and Luke Dennison are back with Longford Town FC for the return to the Premier Division.

Sam Verdon, who missed the closing stages of the 2020 season due to injury, is in his second stint with the club after signing first in July 2017 until December 2018.

Verdon signed for Finn Harps in the 2019 season but he only stayed with the Donegal club for two months before returning to Longford.

Dean Byrne has also re-signed for the club’s return to the Premier Division and he has been an excellent goalscorer since joining the Town in January 2018 after coming from Junior soccer.

Rob Manley, who joined the club for the 2020 season, came from Cabinteely FC where he was the top scorer in the 2019 First Division campaign.

This season Manley was the top scorer for the Town with ten goals to his credit, the most important of which came in the 1-0 win over Shelbourne in the final play-off.

Next player to re-sign for the 2021 season was the versatile Karl Chambers and he really impressed in the play-offs.

Chambers is our longest serving player, having come through from our U-19s when he played in that grade for the club in the 2015-2016 season.

Central defender Mick McDonnell has been with Longford for three seasons and previously played with Newbridge Town in the Leinster Senior League.

Aaron McCabe is one of the promising younger players who came into the squad this season.

The Cavan lad from Lavey joined Longford from the Cavan-Monaghan U-17s and graduated to the Town first team squad after impressing with the U-19s.

Aaron McNally joined the club this season, coming from Dundalk where he played with the U-19s and was in the club’s first team squad. McNally did very well in his first season with Longford.

Dylan Grimes had a very impressive season for the Town this year after joining the club in July 2019 from Dublin club Sheriff FC and who has also played with Shelbourne.

Joe Manley, who completed his second season with Longford, is many supporters player of the season, having settled in so well in the defence alongside Mick McDonnell and Joe Gorman. Manley previously played with St Pat’s and UCD.

Club captain Dean Zambra is one of Longford’s longest serving players having joined from Bray in January 2017.

Rock solid defender Joe Gorman, such a commanding presence at the back, has also re-signed along with Matthew O'Brien and Callum Warfield and things are shaping up well for manager Daire Doyle on the road back to the Premier Division in 2021.