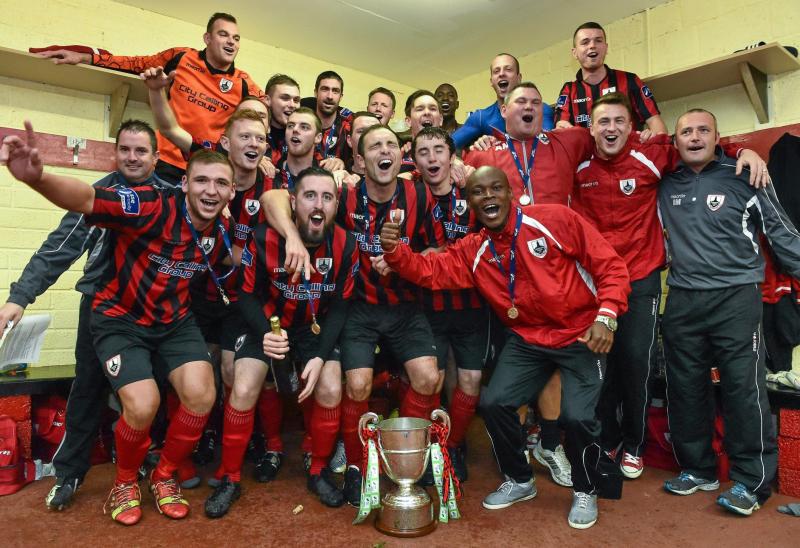 Excitement is mounting in the build up to the SSE Airtricity League promotion/relegation play-off final against Shelbourne at Richmond Park this Sunday (kick-off 2.30pm) as Longford Town bid to make it back into the Premier Division for the first time since 2016.

Promotion to the top flight was last achieved back in 2014 when the Town beat Shamrock Rovers B 5-0 to clinch the First Division title on a brilliant night at City Calling Stadium on Friday 3 October six years ago.

Several years of frustration stuck in the dreaded First Division finally came to an end as Longford, guided by manager Tony Cousins, created a significant piece of sporting history by winning their first ever LEAGUE title in senior football.

Much to the sheer delight of the enthusiastic Town supporters among the great attendance (2,187 the official figure) who created an electric atmosphere at City Calling Stadium, the men in ‘red and black’ cruised to a very easy win over Shamrock Rovers B to clinch automatic promotion and there were scenes of tremendous joy when captain Mark Salmon stepped up to receive the First Division trophy.