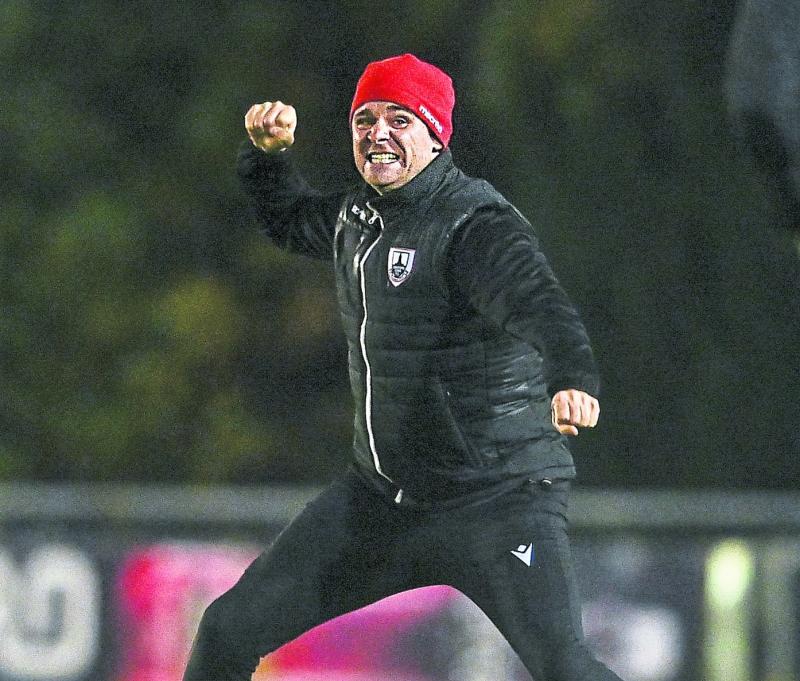 Longford Town manager Daire Doyle praised his goalscorers after his side booked their place in the First Division promotion play-off final with a 3-2 win over UCD after extra-time on Saturday last.

Joe Gorman scored twice (one in normal time and one in extra-time) while Dean Byrne got the winner just as the game was heading for penalties.

Doyle said: “Joe Gorman came up trumps; excellent deliveries from Niall Barnes. Niall came on and had an impact in the game.

“Joe did really well to bring the game into extra-time and then bring us to a stage where it looked like penalties and then Dean Byrne popped up with a magic goal to win it for us.”

If anyone deserved to score a winning goal it was Dean Byrne. The player suffered a serious ankle injury in the first game of the season back in February. He worked so hard to get himself back in action on the pitch.

“We all know Dean is capable of that. It’s hard to see him miss so much of the season with the injury he had and then the comeback.

“ I knew when we brought him on he would have an impact in the game. It’s great for Dean and it will do his confidence a world of good.”

Doyle was delighted to be able to introduce players like Byrne and Barnes on Saturday in what is  now very much a squad game.

“We do have strength and depth in the squad. Everytime I looked at the bench there were options there and that’s really important. We have a group who are really together.”

With the winner being decided on the day the Town players did talk about penalties and practiced them before the game against UCD. Doyle was relieved the game didn’t go to a shoot-out.

“We talked during the week about what would happen in each event; if we went behind, ahead, if the game went to extra-time, penalties.

“We practiced our penalties and we were ready for anything. As the game went on we didn’t want to talk about penalties on the bench.”

Last month they crashed to a heavy 6-2 against the Tribesmen at Bishopsgate. The Town boss admitted it was a disappointing night for his side.

“For 44 minutes, up until they scored, it was a game we controlled. Four of the goals they scored we were disappointed with and we spoke about it.

“We’ll prepare for them all week and hopefully get ourselves into the best position we can to be prepared and put in an improved performance.”

Doyle is relishing the delight of the  UCD result and hoping his side can repeat that performance again on Friday night.

“It was a great win but we have to do it again. These games are like cup finals. We are delighted we are in the position we are in. We will give it everything we have to get the result and hopefully it will  be good enough.”